“It’s A Wonderful Life” – What a Wonderful Film it is – A Real Classic, A Masterpiece!!! 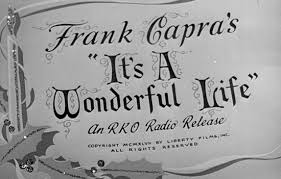 I have no idea how to put it into words about my feelings after watching this movie. I have seen many movies based on such topics, sort of inspiring but this is something “real” and I am sure out of those many people who have watched it have done something great in their life as well as life of others. When I checked Wikipedia to know whether it is based on real story, it said “it is based on the short story “The Greatest Gift“, written by Philip Van Doren Stern in 1939, and privately published by the author in 1945.[3] The film is considered one of the most loved films in American cinema, and has become traditional viewing during the Christmas season”. It further says, “The film was nominated for five Oscars and has been recognized by the American Film Institute as one of the 100 best American films ever made,[6]placing number 11 on its initial 1998 greatest movie list, and would also place number one on its list of the most inspirational American films of all time.” 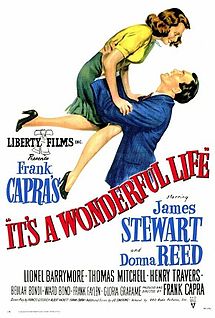 movie. As you said it is old but gold. I think Mr. Muhammad Yunus – Nobel prize winner for micro financing must have watched this movie or have been inspired from it, if not he is one of the real life “George Bailey” of “It’s a Wonderful Life”. I mean there is so many similarities except few cinematic liberties taken in the movie to show what actually could/would have happened if people like George Bailey or Yunus didn’t exist or had not made the difference to the society or the world they live in.

I recommend this film to each and every one to watch it once in their life time. It gives you an idea where “hope” can lead you to, what makes you wise and rich, helps you choose between your own desire, greed and compassion. Many may say that I am exaggerating or getting over excited little bit like a kid but honestly never felt this way before, after watching any movie. This movie may have been a Fantasy film of that time but I think it’s a movie ahead of its time and if you picture it now, most of it turns out realistic. Look what Mrs. Clinton had to say when she heard about Yunus – “With the bank’s 54-year-old founder and guiding light, Muhammad Yunus, an economist trained at Vanderbilt University, interpreting at her side, Mrs. Clinton heard a Bengali version of “It’s a Wonderful Life,” with Dr. Yunus in the role of Jimmy Stewart.” https://www.nytimes.com/1995/04/04/world/bengali-women-are-candid-with-hillary-clinton.html 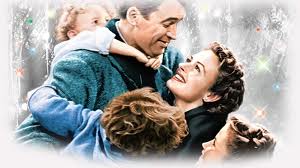 James Stewart who played the character George Bailey in the movie has done a fabulous job. His expressions, body of movements, display of his anguish, fears, sacrifices and more importantly the love for Mary, his kids etc… were realistic. It is high on emotions and love, character and wisdom and righteousness that ends with Happiness.

Finally – heard a Lot about Mr. Frank Capra but had never seen any of his works until It’s a Wonderful Life. A Classic, A Masterpiece though quite not Box office spinner which makes me lookout for his other work especially “Why We Fight” series. This undoubtedly will appear at number one in my Inspirational Movie posts (which i’l update later on).