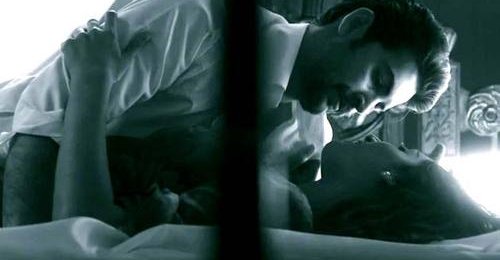 Three stories set in three different time periods, each with a protagonist bearing the same name, is the central idea of director Bejoy Nambiar’s David. The link between the three stories, revealed in the final ten minutes of the film, is a tenuous one, but Nambiar nevertheless throws up interesting ideas, and you can’t accuse the film of being predictable.

The first track, set in 1975 London, is shot in pristine black and white, and stars Neil Nitin Mukesh as David, right-hand man and adopted son of a famed Muslim gangster. Our hero’s loyalty to his boss is tested when he discovers the very foundation of their relationship is based on a lie.

David Number 2 is Vinay Virmani (last seen in Speedy Singhs), who plays a struggling musician in Mumbai in the film’s second track set in the year 1999. The son of a Christian priest, our happy-go-lucky hero finds his life turned upside down when the followers of a Hindu fundamentalist politician assault his innocent father, accusing him of encouraging religious conversions.

And finally in the third track, set in 2010 Goa, Tamil movie-star Vikram plays a loutish alcoholic named David, who falls for his best friend’s deaf-mute fiancée.

Oozing style and technical finesse reminiscent of his earlier film Shaitan, Nambiar’s latest has some genuinely tense moments, but suffers gravely on account of flabby writing. Each track feels unnecessarily stretched, and there are bizarre moments in each story that’ll have you scratching your head in bafflement.

Of the cast, Vikram leaves a big impression as the permanently inebriated fella with a weakness for punching women. He benefits considerably from sharing scenes with Tabu, who ups the game with a memorable cameo as a massage parlor owner and his best friend, committed to giving him romantic advice. Neil Nitin Mukesh, when he isn’t scowling, is nicely understated, and Dhobi Ghaat’s Monica Dogra does well as his convention-defying girlfriend.

David makes a subtle but well-taken point about the growing communal and religious tension of its times, and leaves you pondering your stand on morality and redemption. And yet, the film is never consistently engaging because of its formidable length and script holes.

I’m going with two-and-a-half out of five for director Bejoy Nambiar’s David. There’s much to appreciate here, but you can’t help feeling it could have been so much more.