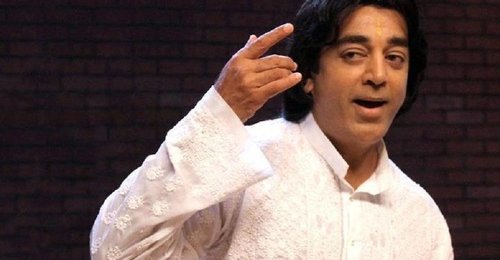 I’m happy to report that Kamal Haasan’s Vishwaroop (the Hindi version of his Tamil film Vishwaroopam that became embroiled in controversy) contains nothing that might offend any community. Set around and after the events of 9/11, the film contains a message of anti-terrorism, but never anti-Muslim.

During a tense moment in the film, a key character casually points out that “Everyone here has a double role to play.” It’s this very element of mystery that lends some excitement to Haasan’s story, especially as the action kicks in. But alas, Vishwaroop quickly loses its way, and more than once during its two-and-a-half hour running time you find yourself asking that familiar question: “What’s going on here?”

As the film’s opening scenes establish, Dr Nirupama (Pooja Kumar) is an oncologist based in New York, who is having her Kathak teacher husband Vishwanathan or Wiz (Kamal Haasan) followed by a private detective because he seems altogether too strange for her. Nirupama is upfront about her marriage – she isn’t attracted to the effeminate and much older Wiz and only got hitched to him because she wanted a green card. Yet there’s more to Wiz than meets the eye, and his past catches up with the two, even as they face dangers far greater than a threat to their marriage.

The twists in Vishwaroop work, and writer-director Haasan shifts between the past and the present in surprising, sometimes spoofy, cuts. The film’s middle portion is set in terror camps in Afghanistan, where Haasan makes a statement for senseless killings in the name of jihad. Like the director’s earlier film Hey Ram, there are a couple of beautifully captured, moving moments…like one in which a teenaged jihadi soldier sways back and forth on a swing, trying to recapture some of his stolen childhood. At the same time, the film is also relentless in its depiction of violence – you’ll often see maimed hands, blown torsos, and men savagely kicking others to death.

There is a technical finesse to the action scenes and to the way in which the attacks in Afghanistan are filmed, but the same can’t be said of the confused screenplay that lingers on a bunch of needless characters who converse exclusively in Arabic. These bits, along with the plot’s return to New York in the final act turn a tired story into an even more trite one.

Of the cast, Rahul Bose hams it up as terrorist mastermind Omar, alternating between menacing and caricature with a raspy voice and the event he makes out of the act of inserting a glass eye into its socket. Omar’s right-hand man is played by the gifted actor Jaideep Ahlawat (last seen in Gangs of Wasseypur), but Shekhar Kapur is stiff in a smaller part. Pooja Kumar is suitably ditzy as Vishwanathan’s wife, giving the film its comical interludes.Expectedly, it’s Kamal Haasan himself who steals the show with his uninhibited performance. He gives the film a heart and its conscience by questioning terrorism. Vishwaroop is his most accessible film in years, even though the script is sadly all over the place.

I’m going with two-and-a-half out of five for Kamal Haasan’s Vishwaroop. A lot of it is unabashedly entertaining, although you’ll wish the film was shorter and smarter.