Milind’s Reflections: Don 2 Review: On the fringes of Masterpiece!! 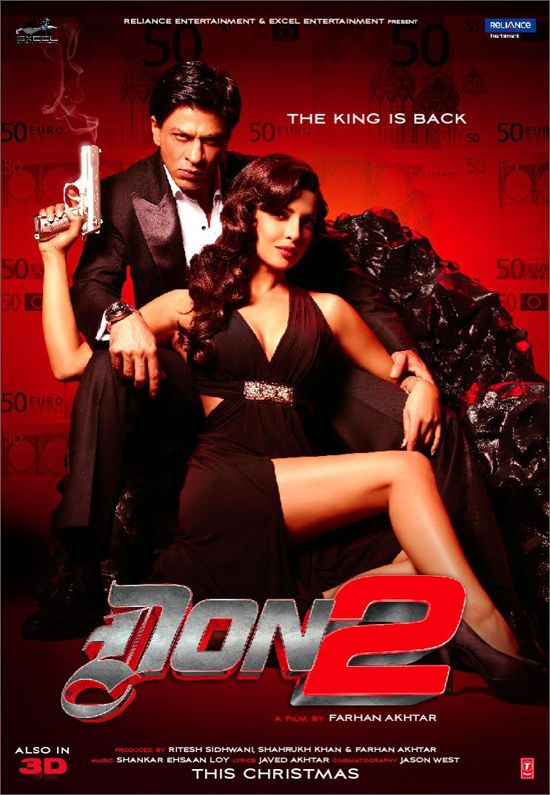 A long bridge.Blue Skies.A Ray of Asphalt.And the protagonist riding a bike across it after having beaten all around him through a demonstration of wit that had traces of both dark humour and megalomania.As soon as he reaches the car where his accomplice is waiting for him,he smiles,reminisces his invincibility,stretches himself,relaxes and quips–Don ko Pakadna–and then laughs as if laughing at all the men who ever had dreamed of laying their hands on him. Thus the climax acts as a perfect prelude to the whole film.And Don 2 actually lays it claim on being a modern day classic but eventually ends on the fringes of being one!!

Don is about a man whose name is never known to anyone,neither to the men who follow him blindly nor to the men who are vying for his blood.Its all about the celebration of eccentricity to an extent.It is about a discussion on a man who always refers to himself in Third Person thereby signifying the magnitude of his invincibility that also gets ratified by the manner in which he dominates any situation and turns them to his advantage.He plays the game but forces others to think that he is just another player.It is all about a perfect amalgamation of pure wit and heinous intent.He is not born to be faithful to anyone except himself.He totally lives the “I” in the English Vocabulary.And Farhan’s Don redefines the many characters of Amitabh’s Don to suit the persona of SRK. And SRK does not disappoint,he lives the role flamboyantly and imparts it the much needed emphasis.

The negative disposition of character is not at all written in a manner that warrants a serious brooding face or a maniac mannerism.It demands a confident man who knows his next move better than his past one.It requires a mannerism that exudes a sense of self-belief that one will carry off any circumstantial obligation that may crop up.It is all about a scheming persona who has written the end of the play months prior to its commencement. At best he can be described as feline,fiendish,smart and devilish.But this devil carries a sense of finesse. He is polished in mannerism,refined in attitude and perfect in his modus operandi.In contrast to Amitabh as Don,this Don allows us to see various aspect of psychology through his actions.Psychologically this Don is far more deranged than the former one,far more scheming but also a bit less emphatic.Here Don is not a person of colossal persona but here he is more like a commoner who will eventually beat everyone with his mind that is as sharp as his skills.

I have only talked about Don in this write up as this film is only about him.All others are inconsequential,they are there to justify the invincibility of a man who will be remembered down the lanes of cinema as Don..the man who sold the world and then rode off……SRK is just a medium of expression of this character…Don will live on though in the chronicles of Indian Cinema..largely due to Amitabh’s actions and aptly supplemented and redefined due to SRK’s personal contribution to the character…and not to forget the duo that gave us one of the best villains of Indian Cinema..the one whose win makes us happy…Don!!!