Once Upon a Time in Mumbaai Movie Review by Sputnik 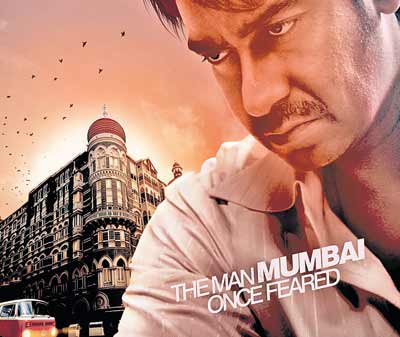 Once Upon a Time in Mumbaai tells the story of Sultan Mirza (Ajay Devgn) and Shoaib (Emraan Hashmi) modeled on Haji Mastan and Dawood Ibrahim respectively. Sultan Mirza is a smuggler with morals – a Robin Hood who believes in getting things done through friendship rather than enmity. Shoaib, the son of a police constable, has no morals and has no qualms in using whatever means to become rich and powerful. Shoaib joins Sultan Mirza’s gang and what happens next is what the rest of the story is about.

The movie starts off with the cop Agnel (Randeep Hooda) narrating the story to another police officer after his failed suicide attempt. This clichéd form of narration which was so common place back in the 70s seems stupid. The problem with this kind of narration is that how does he know what happens or what conversations took place when he is not around. There is another scene where the kid is caught stealing and his father beating up which again seems from those old movies. There is a scene plagiarized from Godfather where Sultan Mirza refuses to smuggle drugs.

It seems odd that Sultan Mirza would trust his empire to someone like Shoaib who is a trouble maker. It seems even odder that Shoaib can take over in such a small timeframe and that Sultan does even get an inkling of it. Its not like he leaves the country, he is just in Delhi. Rehana (Kangna) has a heart ailment similar to Madhubala and we are told that she will not live long. But this track is unnecessary and has no bearing on the movie. It would have made more sense if Sultan neglected his business while attending to Rehana and Shoaib took over during this time. The ending seems pretty tame when one is expecting a big confrontation between the two.

Story, Screenplay and Dialogues are credited to Rajat Arora. The story and screenplay borrows not only from the life of Haji Mastan (though there is a disclaimer that it is not based on him) and Dawood Ibrahim but also from the movies of the 70s. All the dialogues are one liners and get annoying after a few minutes. Cinematography by Aseem Mishra is very good. The colors used make it seem like a 70s movie. Art Direction by Nitin Chandrakant Desai is very good and gives an authentic feel. Costumes are in sync with the times.

Music by Pritam is ok. Pee Loon sung by Mohit Chauhan is the best song of the album. ‘Parda’ makes a mockery of ‘Piya Ab Tu Aaja’ song with vocals by Sunidhi who just can’t match up to Asha. The background theme that plays very often in the movie is plagiarized from Black Strobe’s ‘I’m a Man’ which was used as a theme in the movie Rock’n’Rolla directed by Guy Ritchie and starring Gerard Butler.

Ajay is excellent as Sultan Mirza. He has done a similar role in Company which was based on Dawood Ibrahim. But his getting angry at times makes this character much more believable. He gets everything right – the look, the walk and the talk. Emraan Hashmi reprises his role from Jannat. He is ok but a better actor could have excelled in that role. Kangna Ranaut has a hard time controlling her lisp. She almost seems out of place. Prachi Desai is decent but she does not have much of a role. She has to just look pretty which she does. Randeep Hooda is good as the cop. The rest of the cast is ok.

Milan Luthria’s direction is good in parts. It seems that the movie is trying too hard to be cool with the characters walking to the background theme and speaking pithy aphorisms. It’s mostly style over substance. If the movie continues to hold interest it is mainly because of the excellent performance by Ajay. The movie is a wannabe gangster flick and it could have been so much more. One also gets a feeling of been there, seen that as the plot of mentor-protégé resembles Company.