Sanket’s Review: “Ekk Deewana Tha” demands too much of endurance. 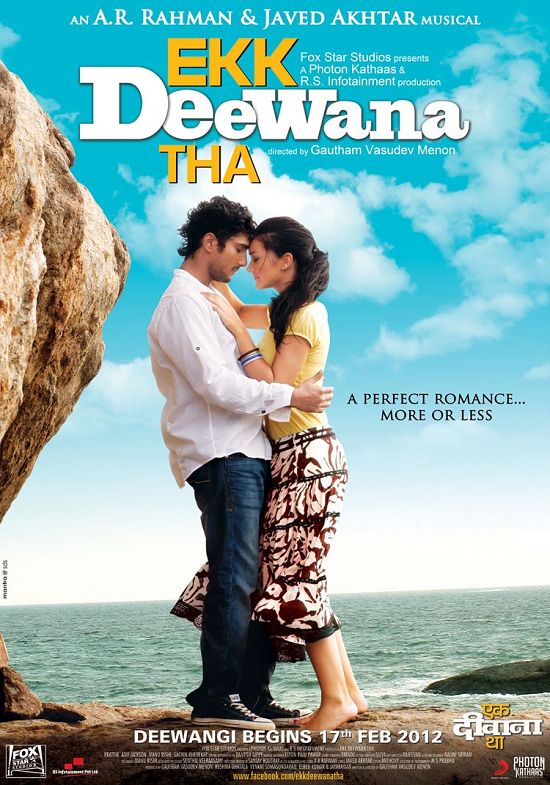 Nothing above a typical love story, EKK DEEWANA THA is one of the silliest films in recent times. The film has no aim where to conclude and if to conclude, then how to! The director drags a routine story to incredible 2.20 hours and culminates with a shocking end. What was he thinking remains a wonder! As the end does not justify the whole story. Though not exactly a bad film, but not even a half-decent one. The film lasts for undeserving long period of time and gets pretentious most of the times. The romantic episodes between the weird couple are very repetitive and uninteresting.

Director shapes away the first half with some good one-liners and funny conversations between the protagonist and his senior friend. Also the proceedings have its heart in the right place. Yes, the director unnecessarily adds songs to the story like the one which is choreographed in a hip-hop version. That particular song comes from nowhere in the story and gives the feelings of a random dance competition show. Despite of few here and there, the first half manages to be entertaining and very imaginable.

Its second half where the story goes bizarre leaving the audience blank with what’s going! Rahman’s music is used in bulk which disturbs the flow. In-fact half of the story is folded under Rahman’s songs and music. The film has an unexpected end which does bring some interest, but it’s too late to change the feedback on the final outcome. The second half is slow will be an understatement, but it also demands too much of endurance from viewers.

A.R.Rahman’s music is pretty average if we scrutinize through his fantastic standard. “Hosana” track is very soothing, though the same cannot be said for remaining track. The script is surrounded by plenty loop holes which only reduces the director’s execution. Gautham Menon as a director could have done better, especially in second half.

Prateik Babbar’s acting hardly impresses. He does well in few scenes, but overall he is much below the par. Notice him in that scene where he is physically confronting 4-5 goons in a cricket ground. You can see his uncomfortable moves and his less than average expressions. Amy Jackson looks million bucks, but her acting needs to get polished. She isn’t bad, but needs to be much better.

EKK DEEWANA THA has its moments in first half, but gets very boring post-intermission. The drama between the leads never builds up, nor does the story agrees to step ahead, resulting in an average film, thanks to a well made first half! Watch it, if you really have to.