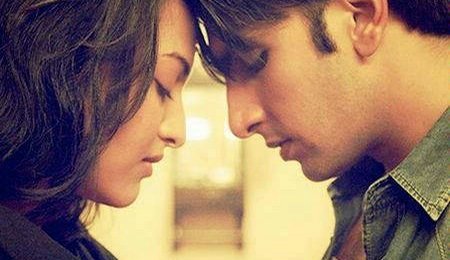 Like Udaan, his feature debut from 2010, Lootera, directed by Vikramaditya Motwane, is exquisitely crafted. While Udaan was the coming of age tale of a small-town teenager going head to head with his despotic father, Lootera is steeped in old-fashioned romance. At the heart of this film is a young couple faced with insurmountable odds.

And yet, it isn’t so much the film’s story, but in its telling that Motwane woos you. Skillfully combining the key tools of cinema – pictures, sound, and music – he delivers a transcendent experience that’s hard to describe in words.

Lootera opens in 1950s West Bengal, where a new democracy is changing archaic laws and reclaiming princely estates. Pakhi (Sonakshi Sinha) is the indulged daughter of an old zamindar (Barun Chanda) from Manekpur. She lives in a sheltered world, but you can see her straining for independence as she secretly drives the family car when she’s out of her father’s sight. Her world collides with that of archaeologist Varun (Ranveer Singh), who is invited to stay as a houseguest when he’s on an assignment to excavate a site on her father’s property. Varun and Pakhi are inexorably drawn to each other, even though he knows in his heart that he must leave her someday. The film’s plot is inspired partly by O Henry’s famous short story The Last Leaf, yet Motwane gives it a romantic, even thrilling twist.

There is a lyrical quality to the couple’s exchanges in Lootera. Varun and Pakhi communicate with their eyes at the start, then their relationship deepens over shared dreams and long conversations. Pakhi confesses that she wants to be a writer, spinning stories in her Dalhousie home. Varun, in turn, has the soul of an artist and wishes to paint a masterpiece someday. The director establishes a leisurely pace that matches the period, and a picnic scene in particular, where the couple is gently teased by their friends, feels straight out of a Merchant-Ivory drama. In the second half, Motwane opts for muted colours and sticks with those interminably long silences as the couple is reunited under very different circumstances.

There is attention to the smallest details in Lootera, like the art direction, the lighting, and particularly Mahendra Shetty’s intuitive camera that knows just how to capture the lovely landscapes as well as the somber mood of later scenes. Amit Trivedi’s beautiful songs and background score add another layer of feeling to the aching love story here. Yet it’s hard to resign yourself to some convenient coincidences in the plot, or even the naivete that filters in towards the end. In a film so close to perfection, the small lapses are hard to hide.

What you can’t find fault in are the pitch-perfect performances. Barun Chanda deftly marries a father’s vulnerability with the arrogance of a zamindar who believes he is entitled. Vikram Massey, playing Varun’s Dev Anand-obsessed friend, is cheeky and unyielding in equal measure, while Adil Hussain does a good job as a hard-nosed cop on the heels of a criminal.

Yet Lootera belongs to its two leads, Ranveer Singh and Sonakshi Sinha, who do their best work here. Shifting seamlessly from feisty to fragile to bitter, Sonakshi delivers a deeply heartfelt performance that feels mature beyond her years. Ranveer, for his part, brings a quiet sensitivity to Varun, and occasionally a smoldering intensity. Offering a finely internalized performance, he leaves a lasting impression.

Moving without resorting to melodrama, Lootera is bittersweet in the end. Formerly an assistant to Sanjay Leela Bhansali, Motwane reveals the same command over technique, and a similar love for sweeping visuals. But unlike Bhansali’s recent films, Motwane never distracts you with his tapestry.

I’m going with four of five for Lootera. Drop whatever else you’re doing, and soak in this love saga.