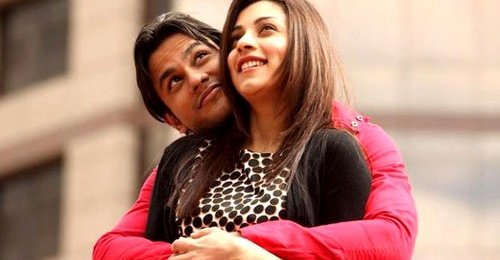 Blood Money stars Kunal Khemu as an MBA graduate who arrives in Cape Town with his wife (played by Amrita Puri of Aisha), where he’s accepted a job at a major diamond-trading firm. Even before he can change out of the clothes he flew in wearing, he’s handed over the keys to a plush home, a swanky car, and some ‘settling-in’ cash.

Like the character played by Tom Cruise in the 1993 thriller The Firm, from which Blood Money is so clearly inspired, our hero is seduced by the lure of the new lifestyle that his job affords him. But when he stumbles upon the truth that his bosses are engaged in sinister businesses involving illegal trading, mafia funding, and murder, he must ask himself if he’s comfortable living off such ill-gotten gains.

Filmed indifferently, and without infusing the urgency that this kind of plot demands, first-time director Vishal Mahadkar delivers a bore-a-thon of a movie, complete with archaic dialogues and stereotypes for characters. From the creepy boss who finishes every conversation by declaring “Superb!”; to the office hottie who seduces our hero; to the whining wife who’s tired of waiting for her husband to show up for meals…every character in Blood Money is a cardboard caricature.

Predictable from start to finish, the movie unfolds at an excruciatingly slow pace, and throws up no surprises – not even the ‘twist’ in the end, which you will more than likely guess. Even the film’s key plot-point – the crisis of conscience that our hero goes through – is treated so matter-of-factly that you can’t help wondering if the director was as tuned-off as you are.

Kunal Khemu and Amrita Puri are likeable actors, but they’re saddled with dull roles that allow no room for maneuvering. The film has some hummable music, but that’s faint praise for this mess of a movie.

I’m going with one-and-a-half out of five for Blood Money. Watch it if you’re having trouble sleeping lately.