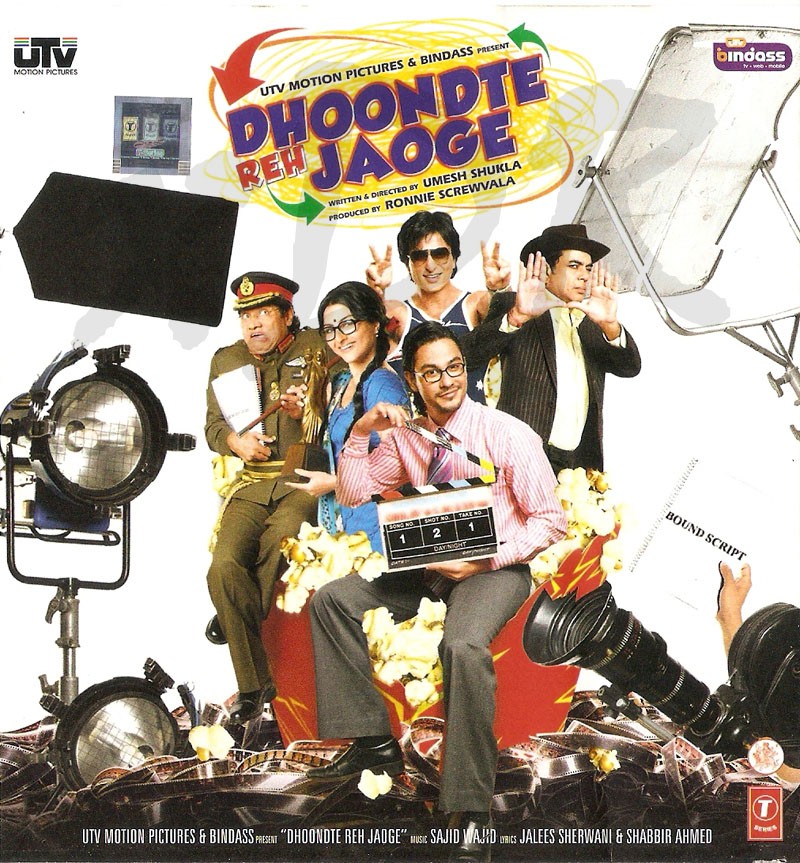 Dhoondte Reh Jaoge is a mix of ‘The Producers’ and ‘Bowfinger’ along with spoofs of some hit Indian movies like Sholay, DDLJ, Gadar and Lagaan. Anand Powar (Kunal Khemu) is a honest chartered accountant who cant get anywhere in life. Raj Chopra (Paresh Rawal),a flop producer wants to make a movie with an out of luck superstar Aryan (Sonu Sood). Anand teams up with Raj and comes up with an idea to make a 5 Crore flop movie borrowing 105 Crores from 21 producers so that they can usurp 100 Crores. They decide to cast Neha (Soha), Anand’s girlfriend and a wannabe actress so that she will get rid of her acting fixation. The movie is all about making this flop movie.

Dhoondte Reh Jaoge is initially very funny but loses steam in between. Suddenly the jokes are no longer funny and the spoof scenes are ridiculous to say the least with the exception of one scene. Some of the funny scenes are the one where Kunal Khemu takes Soha to a 5 star restaurant or the scene where Johnny narrates the story or the one where they pick the director/music directors or the Sholay spoof scene where Gabbar asks Basanthi to dance.

The rest of the spoof scenes involving DDLJ, Gadar and Lagaan and the final scenes in the theater are not at all funny . It also seems totally stupid that the producers would’nt know that the movie ending was changed. The whole Sonu Sood – Soha Ali Khan track is copied from Rangeela.

Paresh Rawal is very good as the cunning producer and Kunal Khemu is good as the smart chartered accountant. Sonu Sood is good and mimics the actors that he is spoofing very well. Soha Ali Khan is ok. Johnny Lever is initially funny but his character becomes silly later on. The rest of the cast is strictly ok.

Umesh Shukla’s direction is good but he loses his grip somewhere in the middle. It looks like the director was changed in the middle just like in the movie that they were making. All in all it’s funny till the first half and then plain silly in the second half. Watch it only if you are in the mood for some silly laughter.