Actor Sushant Singh Rajput was found dead at his Bandra residence in Mumbai on Sunday. He was 34.

Deputy Commissioner of Police Abhishek Trimukhe confirmed it was a case of suicide and said the Mumbai Police has begun investigation.

Sushant’s spokesperson said in a statement, “It pains us to share that Sushant Singh Rajput is no longer with us. We request his fans to keep him in their thoughts and celebrate his life, and his work like they have done so far. We request the media to help us maintain privacy at this moment of grief.”

Sushant Singh Rajput had his first brush with success as the lead in Ekta Kapoor’s TV show Pavitra Rishtra alongside Ankita Lokhande. He later went on to participate in dance reality shows, Zara Nachke Dikha and Jhalak Dikhhla Jaa 4.

In 2011, he quit the TV industry to pursue a career in Bollywood. He made his debut with the 2013 movie Kai Po Che! He later bagged lead roles in movies such as Yash Raj Films’ Shuddh Desi Romance, Detective Byomkesh Bakshy, MS Dhoni: The Untold Story, Kedarnath and the more recent Chhichhore.

While his career in Bollywood was short, Sushant worked with some of the most popular names in the film industry such as Rajkumar Hirani, Abhishek Kapoor, Dibakar Banerjee, Neeraj Pandey, Nitesh Tiwari and Abhishek Chaubey.

Born in Patna in 1986, Sushant moved to Delhi after his mother passed away in 2002. A National Olympiad winner in Physics, Sushant pursued Bachelor of Mechanical Engineering in Delhi College of Engineering, but did not complete the course. It was during this period that he started taking acclaimed choreographer Shiamak Davar’s dance classes and also joined Barry John’s acting classes.

Nitesh Tiwari, who directed him in Chhichhore, told indianexpress.com, “I am too shocked and numbed to say anything. I saw the news on TV and then reached out to a few people. And I don’t know. He was like a young brother to me. We exchanged a few messages a week ago, and I got no such hint that he was not feeling well. I had no idea about his battle with depression. Had I known, I would have been the first person to reach out to him. I always treated him like a younger brother. It’s a huge shock for each one of us.”

Disha Salian, the actor’s former manager, died earlier this month after reportedly falling from the window of her friend’s residence in Mumbai’s Malad. 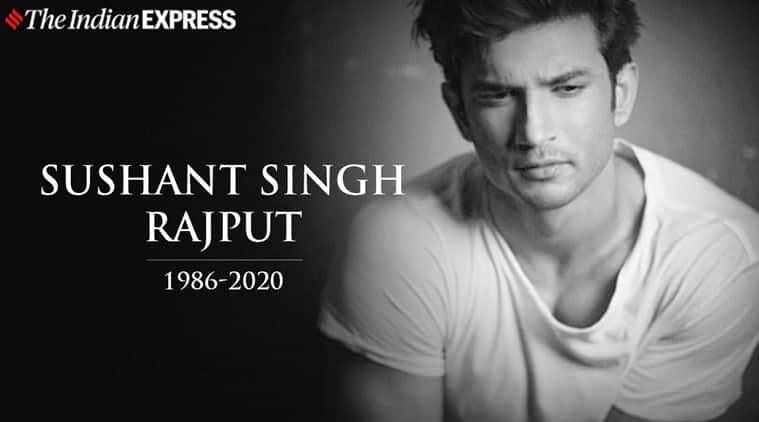 Sushant Singh Rajput was found dead at his Bandra residence in Mumbai on Sunday. He was 34.