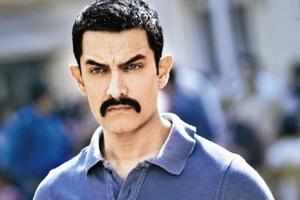 ‘The film has been further delayed, the actor needs time to promote his next, Talaash

Third time might just prove lucky for some. But looks like Yash RAj Films’ third installment of its successful Dhoom franchise is taking a little too long to begin. After initial delays, Dhoom 3, which was supposed to go on floors in March 2012, has been delayed further. Thanks to lead actor Aamir Khan’s upcoming Reema Kagti film Talaash. A source close to the project informed Mumbai Mirror about Aamir’s single minded focus towards his next project right now. The star, apparently, has refused to focus on any other film till June, after Talaash releases.’

‘”Aamir has decided not to start shooting for Dhoom 3 before the release of Talaash. That’s because he wants to concentrate on the marketing and promotions of Talaash from April to June when the film opens. To give his hundred percent to the marketing of Talaash, Aamir needs to keep the shooting of Dhoom 3 separate,” added the source.

“Aamir is putting his head together with Farhan and Ritesh to pitch Talaash to the public as an intense edgy hard-hitting thriller. The film has music but no lip-sync songs. It has glamorous actresses Rani Mukerji and Kareena Kapoor, but none of the ingredients that go into a big Bollywood blockbuster. In short Talaash is an offbeat biggie. And that is a tricky proposition to put forward to the audience. Aamir as we know is the master of marketing.

Talaash is a very major film and Aamir’s only release in 2012. He isn’t leaving anything to chance. Or to the producers Farhan Akhtar and Ritesh Sidhwani,” said the source. Aamir’s spokesperson confirmed that Aamir has decided not to shoot for Dhoom 3 until Talaash releases.”‘