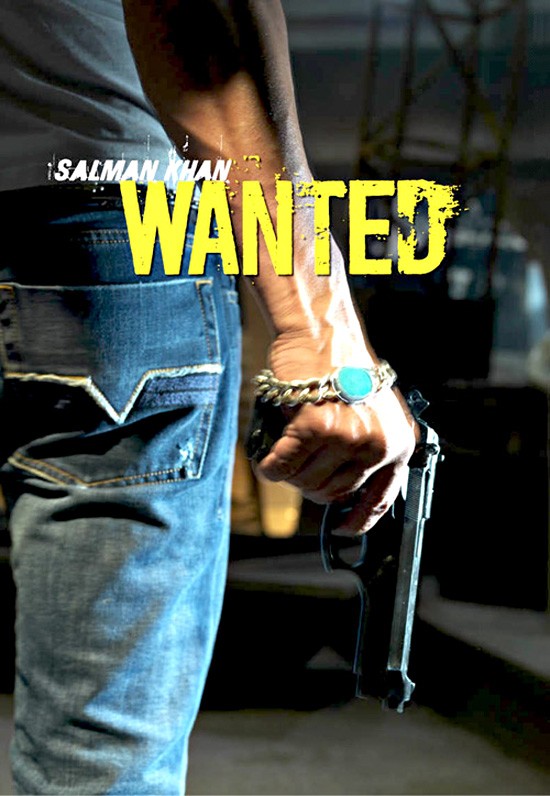 Wanted is the remake of the super hit Telugu movie ‘Pokiri’. Radhe (Salman Khan) is a criminal who works on his own terms. He and Jhanvi (Ayesha Takia) share a strange love-hate relationship. Jhanvi tries to change him by imploring him to leave the world of crime, but Radhe is too hardcore a criminal to adhere to her wishes. Radhe refuses to carry out Ganibhai’s (Prakash Raj) orders and this leads to a confrontation between the two. The rest of the movie is how their enmity plays out.

Some of the scenes that stand out are the elevator scene, Salman and Ayesha’s confrontation scenes, Prakash Raj’s sleep deprivation scenes and his escape scene and the final twist scene. Some of the scenes are ridiculous like the bowling fight scene or the mandoli scene between the gangs.

The movie is a scene to scene remake of Pokiri. The original did not have any great plot either. It had the same clichéd elements but What worked in its favor was that the young leading man Mahesh Babu displayed a lot of attitude and spunk. The songs in the original were very good and they should have retained the same music. None of the songs are good.

Salman tries real hard to look cool and puts in a lot of effort. He looks old, fat and cannot even run properly. His constantly changing hair line does not help either. Ten or fifteen years ago, Salman would probably have been a perfect fit. Ayesha Takia acts well in a cute role. Mahesh Manjrekar is good as the corrupt and lecherous cop. Vinod Khanna is ok but seems out of place when saying over the top dialogues. Prakash Raj repeats his role from the original movie. He is brilliant at places and overacts in some scenes. Manoj Pahwa tries to imitate the Telugu comedian Brahmanandam but looks ridiculous. Govind Namdeo does not suit his role.

Cinematography is good. Action scenes are stylistic but over the top. The dialogues range from corny/cheesy to seeti maar. Since the movie is a scene to scene remake Prabhu Deva basically recreates Poori Jagannath’s movie. There is nothing that Prabhu Deva adds to the movie except for the Salim-Anarkali spoof which is not funny. The movie is recommended only for Salman fans. May be a Hrithik or some other younger leading actor would have made the movie more believable.