Irrfan Khan, Magnificent Actor, Dies In Mumbai “Surrounded By Family.” He Was 53 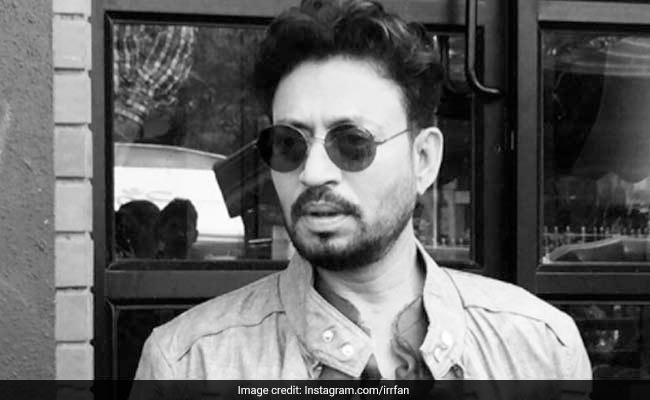 As news of Irrfan Khan’s hospitalisation spread on Tuesday evening, the actor’s spokesperson released a statement

Actor Irrfan Khan died on Wednesday in Mumbai’s Kokilaben Dhirubhai Ambani Hospital, where he was being treated for a colon infection. A statement released by his family said that Mr Khan spent his final hours “surrounded by his love, his family for whom he most cared about.” Just hours ago, the actor’s spokesperson said in a statement that Mr Khan was “still fighting the battle.” The Piku star, one of Indian cinema’s most respected thespians, battled a tumour for several months and returned to Mumbai some months ago after being treated in London. Irrfan Khan is survived by his wife Sutapa and two sons. Yesterday, his spokesperson confirmed that he had been taken to the intensive care unit and later, dismissed rumours that Irrfan Khan had died.
Read the statement released on behalf of Irrfan Khan’s family:

“‘I trust, I have surrendered’; These were the some of the many words that Irrfan expressed in a heart-felt note he wrote in 2018 opening up about his fight with cancer. And a man of few words and an actor of silent expressions with his deep eyes and his memorable actions on screen. It’s saddening that this day, we have to bring forward the news of him passing away. Irrfan was a strong soul, someone who fought till the very end and always inspired everyone who came close to him. After having been struck by lightning in 2018 with the news of a rare cancer, he took life soon after as it came and he fought the many battles that came with it. Surrounded by his love, his family for whom he most cared about, he left for heaven abode, leaving behind truly a legacy of his own. We all pray and hope that he is at peace. And to resonate and part with his words he had said, ‘As if I was tasting life for the first time, the magical side of it’.”

Irrfan Khan’s death has left a void in Indian cinema and millions of broken-hearted fans. Amitabh Bachchan, who co-starred with Mr Khan in Piku, tweeted, “An incredible talent, a gracious colleague, a prolific contributor to the world of cinema left us too soon, creating a huge vacuum.” Filmmaker Shoojit Sircar, who directed Irrfan Khan in Piku, tweeted: “My dear friend Irrfan. You fought and fought and fought. I will always be proud of you.. we shall meet again.. condolences to Sutapa and Babil.. you too fought, Sutapa you gave everything possible in this fight. Peace and Om Shanti. Irfaan Khan salute,” he tweeted.

As news of Irrfan Khan’s hospitalisation spread on Tuesday evening, the actor’s spokesperson released this statement: “Yes, it is true that Irrfan Khan is admitted to ICU at Kokilaben in Mumbai because of a colon infection. We would keep everyone updated. He is under doctor’s observation. His strength and courage have helped him battle and fight so far and we are sure with his tremendous willpower and prayers of his well wishers, he will recover soon.” Irrfan’s wife Sutapa Sikdar and his sons Babil and Ayan Khan were also reportedly at the hospital.

On Wednesday, a fresh statement was released warning against premature reports of Mr Khan’s death. It’s really disappointing to know that there are extreme assumptions being made about Irrfan’s health. “While we are truly appreciative that people are concerned, it’s disheartening to see some sources spread extreme rumours and creating panic. Irrfan is a strong person and is still fighting the battle. We really request you to not fall for rumours and not partake in these conversations which are fictional,” the actor’s spokesperson said.

Irrfan Khan’s mother Saeeda Begum died at the age of 95 on Saturday morning in Jaipur. According to news agency ANI, Irrfan, who couldn’t travel from Mumbai due to the coronavirus lockdown, paid his last respects to his late mother through a video conferencing session.

Irrfan Khan was last seen in Angrezi Medium, which released a little over a week before the lockdown was imposed in India. The actor wasn’t part of the film’s promotions because of his health; he spoke to his fans via a video message ahead of the trailer release of the film. His movie credits include internationally acclaimed offerings such as The Lunchbox and the Hollywood blockbuster Jurassic World.