I had written this in May 2009. I think it is still relevant. 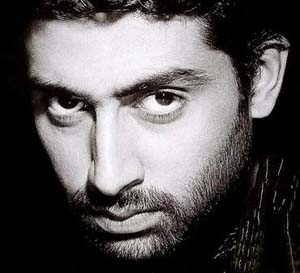 Good actors deliver good performances even in bad movies but his performances in these were pathetic too. Being the son of versatile actors like Amitabh Bachchan and Jaya Bachchan it did not take long for Abhishek to prove that he hardly inherited any of the acting skills that his parents had.

Abhishek recently revealed on Oye Its Friday that he wanted to give up on acting after all these flops and had spoken to Amitabh about it but that his father asked him to hang in there. He said that a few days later he got a call from Mani Ratnam to come and meet him and he was surprised when Mani offered him a role in Yuva. Is it possible that he got this role because of Amitabh? Anyways, Lallan’s character in Yuva is his best performance so far and he deservedly won an award that year. It took a director like Mani Ratnam to finally extract a good performance from him. He also said during that interview that he gave his best shot taking out all his frustrations. With Yuva, Abhishek seemed to pick up in his acting skills and delivered a little bit of quality in his performances like Sarkar and KANK though a string of flops always accompanied the actor like Naach, Rakht and so on.

For Bunty Aur Bubly he gets nominated for Best Actor award for a ridiculously stupid performance and on the other hand an actor like Anupam Kher does not get nominated for his brilliant performance in Maine Gandhi Ko Nahin Maara and Shreyas Talpade does not get nominated for Iqbal. What is really fascinating about Abhishek’s career is that the actor could barely act in movies like Guru where he puts in so much effort to act like his father. He could hardly do that and annoys the audiences but still gets nominated for a best actor award. This role should have been done by Amitabh himself, as it was about an old man anyways. The younger role could have been played by some other actor instead. He continues to deliver terrible flops like Jhoom Barabar Jhoom and Laaga Chunri Mein Daag.

Then in 2008 Abhishek gives mediocre performances in Sarkar Raj and Dostana and yet he gets nominated for a Filmfare award for both these movies. For Dostana he’s nominated for a Best Actor award where he looks like he’s not had a shave for so many days and looks like ‘baal ki dukaan’ as John Abraham says in the movie. John acted better than him and even he doesn’t deserve a nomination. John isn’t nominated for any award as he is not Amitabh’s son. Coming to IIFA Awards (read Amitabh Awards), he gets nominated for Dostana in both Best Actor and Best Supporting Actor category (wonder why John missed out). Was Abhishek in Dostana better than Shreyas Talpade in Welcome to Sajjanpur? Was Abhishek nominated as Best Supporting Actor for Sarkar Raj better than Jimmy Sheirgill in A Wednesday/Irrfan Khan in Mumbai Meri Jaan? He was even given a style icon award one year at the IIFA awards.

The same year he gives a terrible performance like Drona to his credit where he plays a superhero. The problem with Abhishek is that he is neither good looking like Aamir nor stylish/charming like Amitabh/Shahrukh and he does not have a good physique like Hrithik/John. The movie was a damp squib and a disaster commercially, but hey it’s a movie directed by his friend Goldie Behl.

In Delhi 6, Abhishek plays an American citizen of Indian origin but he hardly looks like one with his beard and his horrible accent. Having a beard and looking unkempt might be good for the character of Lallan in Yuva but Abhishek needs to first get rid of his beard and concentrate a bit on his looks as well so that he could give a feel to the character that he is portraying. He keeps doing movies with no regard to the character he is playing and seems to just go through the motions. One can’t blame him, when flops or bad performances hardly seem to affect him, for he keeps getting offers from top directors like Mani Ratnam, Ram Gopal Verma and Rakeysh Omprakash Mehra.

As a person, Abhishek seems to be grounded and pretty cool from his interviews. Sometimes, you get the feeling that he’s not really into acting but is being forced by his illustrious father who wants to make him his heir or continue his legacy. He sang the BluffMaster song ‘Ek Main aur Ek Tu’ pretty well but his performance in that movie was mediocre as always. He seems to do these brooding/intense roles or cool roles ala Amitabh in Sholay/Deewar but the problem is that he neither has the acting talent nor is he stylish or cool enough to pull off these kind of roles.

Its time for Abhishek pull up his socks and start to act well, for Amitabh won’t be there forever to pull those strings and get him roles and awards. He needs to realize that he may never be accepted as a leading actor, forget becoming a superstar like Amitabh. He needs to do supporting/negative roles or if he is not really interested in acting then may be quit as there is no point in doing something if your heart’s not into it.