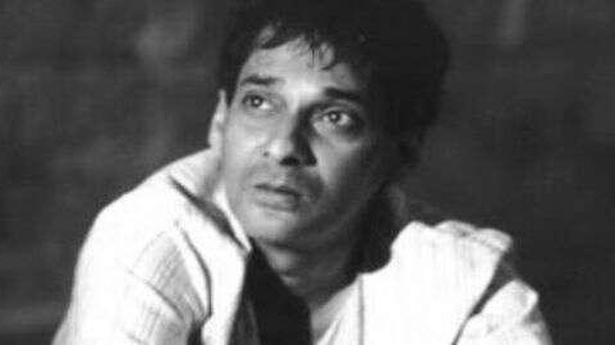 His funeral will be held on April 16, and a gathering to celebrate his life and share his stories is scheduled for May 5

Film, television and theatre actor Ranjit Chowdhry passed away in Mumbai on Wednesday at the age of 65. The viewers of Hindi films will remember him for the eternally boyish charm that he exuded on screen in the middle-of-the-road films of the late 70s and early 80s. Chowdhry was much loved as the confused, oddball, nonchalant but cheerful and likeable youngster in the heartwarming family films of Basu Chatterjee — Khatta Meetha (1978) and Baton Baton Mein (1979) — and Hrishikesh Mukherjee — Khubsoorat (1980).

The news of his death was shared on social media by his half-sister and theatre artiste Raell Padamsee. His funeral will be held today and a gathering to celebrate his life and share his stories is scheduled for May 5.

Son of well-known theatre artiste, Pearl Padamsee, Chowdhry had theatre and adworld stalwart Alyque Padamsee for his step-father. In his memoir, A Double Life: My Exciting Years in Theatre and Advertising published by Penguin Random House India, Padamsee wrote of Chowdhry being as important to him as his own children. “Ranjit, my foster son, has always been a delightful sprite of a human being. An impish person, both in size and personality, he’s quick-witted and charming, and has carved out an impressive international film career for himself as Ranjit Chowdhry,” he wrote. In fact, Padamsee’s description of being the head of the extended family, with three partners and four children, could well be straight out of a scene from Khatta Meetha, Chowdhry’s debut film which was about the skirmishes that ensue amongst their children when two elderly people — Ashok Kumar and Pearl Padamsee — decide to marry each other in the autumn of their lives. Ironically, Chowdhry played the foster son to his real mother in the film.

After a short stint in Hindi cinema, which included a tiny role as a shoeshine boy in Tinnu Anand’s Amitabh Bachchan starrer Kaalia (1981), Chowdhry moved to the USA in the 80s, that marked a new phase in his life and career.

He went on to become a familiar presence in many South Asian-American diaspora films and can be counted as one of the early pioneers in North America when it comes to expatriate actors from the sub-continent. He formed a close professional and personal bond there with filmmakers Mira Nair and Deepa Mehta. “Despite his diminutive frame, he was a towering icon of Indian diaspora cinema and a master of his craft. By far, one of the most endearingly quirky and acerbically witty people I’ve had the pleasure of knowing. A true original!” tweeted actor Rahul Khanna, his co-star in Deepa Mehta’s Bollywood/Hollywood (2002).

“I can barely process that Ranjit is gone,” said Mira Nair on a phone call with The Hindu. She recollected meeting him for the first time in 1974 at an intercollegiate theatre competition at IIT Kanpur. “I was totally impressed by his blazing performance. I was myself playing the female lead in another play, Picnic on the Battle,” she said.

She then saw him in Siraj Ayesha Sayani’s Hungama Bombay Ishtyle (1978), a film and performance she regards as unforgettable. She thought of him while penning the script of Salaam Bombay (1988) with Sooni Taraporevala — as Chillum, the role eventually played by Raghuvir Yadav — and eventually got to work with him in Mississippi Masala (1991). Later he joined her on The Perez Family (1995) and Kama Sutra: A Tale of Love (1996). “He was a part of the caravan. He was a staple in the family as well as the creative family,” she said.

Deepa Mehta emailed The Hindu saying that she heard the news of his death from theatre personality Neelam Mansingh Chowdhry who also happened to be the one through whom Mehta had first met Ranjit.

“Ranjit rang the bell in Toronto years ago and entered our home and my life with an irascibility that was such a huge part of his nature, creativity and charm. He ended up writing the script of my first feature film and starring in it as well,” wrote Mehta.

Sam and Me (1991) was a film based on the lives of Indian immigrants in Canada. “Ranjit managed by using his own experience as an outsider wanting to find his voice to great avail for the story. Sam and Me established him as a talent to reckon with in Canada,” she wrote.

She worked with him in Fire (1996) where, according to her, he gave a “mind blowing performance as the dark Mindy”. This was followed by their last collaboration — the satirical Bollywood Hollywood (2002) where he played the trans Chauffeur Rocky.

The highlight of his career in the last act was playing telemarketer Vikram in two episodes of the popular US series The Office alongside Steve Carell. “This guy made magic out of nothing, filling paper thin roles with so much depth,” tweeted actor Poorna Jagannathan.

“He was unpredictable, brilliant, and yet had a restlessness that’s somehow evaded his desire to find a creative home… It’s hard to believe that the irrepressible Ranjit Chowdhry is dead. His life as I knew it was Shakespearean in its scope. The other aspect of dark comedy was tragedy in his case. And that’s what made him unique. He lived the enigma,” wrote Mehta.

Nair remembered him for being like no other. “He was unlike anyone. Noone had a razor sharp mind, a lacerating wit and be extraordinarily warm and most emotional… I am feeling robbed,” she said. She is planning a virtual remembrance and tribute for him through Zoom. “It’s the saddest time to go when there can be no gatherings and rituals to help us through this,” she said. “In these surreal times, Ranjit’s death adds to the uncertainty of life and the inevitability of our finite nature,” wrote Mehta.