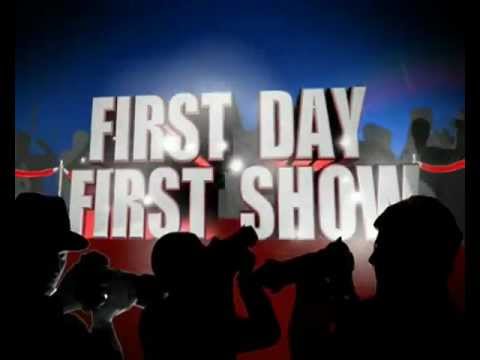 There’s a movie bug in everyone of us and everyone wants to relish this cinematic form of entertainment. The eagerness to watch the film on big screen, as early as possible, is something that the team of UFO Moviez realized and converted it into a mainstream business.

Without going into historic details, which can be easily accessed from web, let me get into the point.

Conventional and Traditional way of movie releasing in India i.e before the 2000s, A film never used to get released in all parts of the country like it does today. Few decades back, a film used to release in just One theatre throughout the country. Yes, just one theatre! And then after a week or two the film used to release in some other theaters and then in some cities and then B centers and C centers and after couple of months in the villages. That’s basically why back in time, a film used to run for months and months.

Why such scattered release? It is The producers and distributors of particular film used to find it very expensive to generate one analogue print, which is also called “reel”. The costs of one analogue print today could come towards 60,000-70,000 INR. So because to cut down the costs, the producers used to generate very few prints like these and then used to shuffle one print within the same city so that as many theaters in that city can use it for showing movie.

But Indian Film Industry is expanding inevitably, despite the advent of piracy. The content has increased and there are many films that release. But because of the inadequacy of prints, especially for small budget films, there was lot of time mismanagement. And there comes UFO moviez.

UFO moviez, an Indian based company, invented a technology where films can reach movie theaters via satellite and hence the whole role of creating analogue prints is chucked in the process.
To give it in detail, UFO moviez themselves invested in over 3600 cinemas to get them digitized so that these cinemas can show movies on first day itself.

So How does it functions?
First, a movie is made in a very highly encrypted form which is of around 3000-4000GB which cannot be sent through Satellite because Satellite space is expensive. So first the film is compressed with DCI technology and makes the film of 150-180GB. Then there’s further compression of this film with help of a technology with help of which the film is compressed to 60-80GB which is MPPEG2 format. And then the last stage of compression with help of which the final compressed file is of 8-10GB in MPEG4 format. The major multiplexes where ticket rates are high and also some premium single screens are equipped with projectors that accepts DCI projectors which are expensive. Rest all go with MPEG versions which are rather inexpensive.

Now This 8-10GB file is sent via satellite to movie theatres and they are downloaded in Hard Disk. But the theatre owners (called as exhibitors) cannot open that file because this file is heavily encrypted with a lock. UFO gives the “Lock-in” code to movie theaters just one day before actual day of release so that there is no illegal screenings conducted by movie theaters.

Sources of revenues for UFO?
UFO invented “Pay-per-show” model which means that the exhibitors have to pay 360 INR each show that they conduct. That 360 is Fixed price. The remaining figure depends upon how much collections the film did and depending upon that there’s some share of it for UFO. So this is the variable source of revenue which depends on how much the film has made money.

So that was it. UFO is across 1350 places and in over 3600 cinemas. It has helped the Film Industry to allocate space for so many films that are releasing.