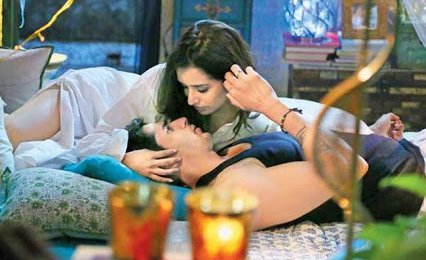 Five minutes into Mohit Suri’s Ek Villain, and a major character is killed off. Great way to get your attention. The rest of the film is divided between flashbacks of a charming love story, and a somewhat unconvincing revenge mission.

Guru (Sidharth Malhotra) is a hot-headed, cold-blooded assassin working on the orders of a Goa don. He softens under the influence of Aisha (Shraddha Kapoor), a cheery chatterbox and selfless do-gooder, who gets under his skin despite himself. Meanwhile, Ritesh Deshmukh is Rakesh Mahadkar, a mousy lower-middle class MTNL employee, who vents his frustration over his nagging wife at the unfortunate women who make the mistake of locking horns with him. These two narratives intertwine predictably, setting off the payback plan.

Suri, a competent director, who has a knack for ripping off foreign films and ‘Indianizing’ them by adding a romantic subplot and a superhit soundtrack, employs the same formula here. The victim on this occasion is the Korean revenge saga, I Saw The Devil. Suri and his writers tone down the violence, amp up the melodrama, throw in a love story, and give the psychotic serial killer a justification for his misogyny. It’s all very Hindi filmi, complete with corny lines that’ll make you roll your eyes in disbelief.

To give credit where it’s due, Suri makes the most of this flawed script, delivering a consistently watchable film even if it isn’t always satisfying. The plot is plagued with logic issues, and there’s virtually no suspense in the cat-and-mouse chase between villain and avenger. Yet each time the thriller element fails, it’s the romantic track that returns to resuscitate the film.

Shraddha Kapoor has a luminous presence, and it’s hard to take your eyes off her when she’s on screen…although you may want to shut your ears from listening to her constant chappad-chappad. She shares a warm chemistry with Sidharth Malhotra, who does very well as the silently simmering type and gets a few nice moments to show off his brooding intensity. It’s Ritesh Deshmukh, though, who springs a surprise, delivering a compelling performance, both as the browbeaten everyman, and in his volte face as the stonehearted killer.

It’s a shame then that despite the uniformly impressive performances, and Suri’s nifty directing skills, the film is only moderately fulfilling. I’m going with two-and-a-half out of five for Ek Villain. If you’re still wondering, the real villain here is the lousy script.