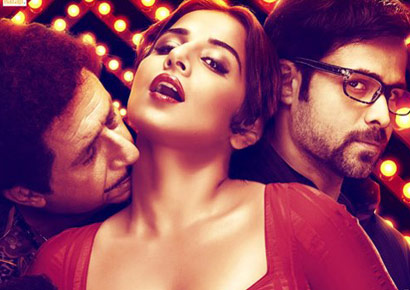 “It’s the mid-80s. An ageing, vain superstar is surrounded by his cronies as a script writer narrates a story about an orphan to him.”This orphan hero angle is so ’60s,” cuts in the star. “Let’s give the hero a family for a change. Let’s give him a sister too. Then let’s get her raped.” Everyone around can’t stop marveling at the idea. The writer is impressed too. “Let’s make this movie,” he says.

The ’80s was probably the lowest point in our cinema. Doodh ka karz, behen ka badla and maa kasam ruled, as plot lines of each film resembled that of the other. The story almost always revolved around the film’s lead star, a comedy track was a must, there had to be a punch line in every scene, and crassness was a necessary ingredient. There was also a vamp prancing in skimpily clad outfits around the good-hearted hero, before he spurned her advances for the pristine heroine. But even as we may squirm at some of these films today, many of them continue to entertain us on lazy Sunday afternoons. Even camp, after all, must be celebrated.

“Director Milan Luthria and writer Rajat Arora give us a dialoguebaazi-filled potboiler that plays to the gallery, and is a vehicle for its lead actor Vidya Balan to display histrionics. Entertainment is the sole purpose. It has its shares of inanities, especially in the latter half (another trait typical to our films – the post-interval mishmash), but has enough masala and good performances to ride us through to the end. If I may use the oft-repeated trade jargon, The Dirty Picture is complete paisa vasool.”

‘Vidya plays junior artist Reshma (Hindi for silk, also probably a reference to one of Silk Smitha’s popular films, Reshma Ki Jawani), before film producer Silva Ganesh christens her Silk. She goofs up her first big break – an item song with superstar Suryakant. Naseeruddin Shah gives a pitch-perfect performance as matinee idol Suryakant, each body movement laudable; every expression priceless. Shah makes the role his own, making it impossible to envision any other actor in his place. “What makes you special?” he asks Silk. “I have had 500 women before you.” She looks at him, eyes sparking, and says, “But have you had the same woman 500 times?” He’s visibly surprised; even pleased. So are you.’

“And she is aided by some fiery dialogue by Arora. The one-liners come thick and fast (so many, you lose track after a point), some meant to amuse, others a tool to shock. Nudity is minimal (although there’s ample cleavage at display); it’s the dialogue that makes The Dirty Picture sassy.

But post-interval, the writing lags. The track involving Silk and Suryakant’s brother, played by Tusshar, slows down proceedings mainly because Tusshar fails to rise to the challenge of performing with far more able actors. He sticks out like a sore thumb.

Emraan Hashmi, on the other hand, is good. The chemistry between him and Vidya is sizzling (the two dislike each other, making their camaraderie interesting). But the need to pander to Emraan’s ‘hero’ image jars. Why else would a filmmaker (played by Hashmi) turn hero suddenly, especially when there was a clear alternative Arora/Luthria could have opted for? He’s given a song too, one that is lilting but slows down the tempo. It’s kinda funny – the film speaks of the misogynistic nature of the film industry but can’t entirely escape it.

Luthria seems to have been stuck between making a wholly commercial product and staying true to the story. While he does balance it well for most part, and quite efficiently too, he could have done without resorting to convenient twists in the film towards the end. His isn’t really a biopic, surely not an authentic one, as he picks up threads from different sources (Suryakant seems to be influenced by two-three superstars, for example) and uses it to his advantage (he never claimed to make an authentic telltale, so it’s okay). Sadly, though, he fails to make Silk’s downward spiral as engaging as her rise to fame.

With a highly entertaining first half, and a mediocre second, The Dirty Picture falls short of being truly remarkable. But for that ‘boombaat’ of a performer, Vidya Balan (one star solely for her), and entertaining dialogue, the film is worth the ticket price.

Watch The Dirty Picture for the gutsiest, most versatile actor we have today.”