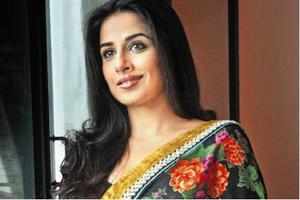 Vidya Balan, whose film count includes mostly female-oriented themes, says the film industry changed over the years and co-incidentally she has become the face of this change.

“I believe that change doesn’t happen overnight, it takes time. I am lucky that today when we are feeling the change, it’s a co-incidence that I have become a face of this change,” she said in an interview.

Vidya gave strong performances in “Ishqiya”, “Paa”, “No One Killed Jessica” and ” The Dirty Picture”. The 33-year-old, who will be seen next in Sujoy Ghosh’s “Kahaani”, feels lucky to be present at a time when such stories are being written.

“I am lucky to be a part of Indian cinema at a time when such stories and roles are being written and I am getting a chance to be a part of such good films. I try to do my work honestly. It feels great to get so much love from the people,” said Vidya who had stormed the industry with her very first film “Parineeta” in 2005.

Releasing March 9, “Kahaani” is a thriller and shows a pregnant woman’s struggle to find her missing husband in Kolkata.