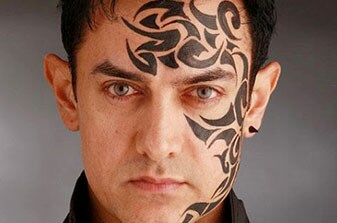 A few days ago, it was reported that Aamir Khan’s Dhoom:3 had been postponed indefinitely and would start only after the actor wrapped up his other commitments. Soon after, producer Yash Raj Films declared the story “absolutely baseless” and added that the shoot would start in May as scheduled and Aamir would join in June.

Now, there’s a new twist in the tale since Aamir has postponed his portion of the shoot by a month. Reason: currently, Aamir is completely focused on his TV show, Satyamev Jayate, which goes on air in May. And since he’ll need a month to prepare for Dhoom:3, starting work on the franchise in June would not be feasible.

As a result, Aamir — after delaying the release of his next film, Talaash — has now requested YRF’s Aditya Chopra to push his shoot by a month. Initially, the actor was supposed to start Dhoom:3 after the release of Talaash in June. But then, his show got delayed by a few months due to the outbreak of a fire on its sets. “Aamir will wrap up Satyamev Jayate by May-end. Then, he’ll spend June getting into character,” says a source.

It’s believed that Aamir, who plays the ‘anti-hero’ in the film, has discussed the matter with Aditya. “Adi understood that the TV show is as important to Aamir as Dhoom:3. Since Adi didn’t want any of the projects to suffer, he agreed to the slight reshuffle,” adds the insider.

Last month, around his birthday (March 14), Aamir had said that he had started preparations (on his physical look) for Dhoom:3, but he’s not mentally prepared yet. Although the actor remained unavailable for comment on the new development, his official spokesperson confirms the news: “Aamir wants to fully concentrate on his TV show in April and May. Post that, he wants a month to gear up for Dhoom:3. So, his shoot will begin only in July.”