Best Comedy Movies of Hindi Cinema Of All Time

I have tried to list the Hindi Cinema’s Best Comedy Movies in order but no matter what you try, you will miss some movies that deserve to be named or ranked highly over others.

I have not rated “Chupke Chupke” and “Jaane Bhi Do Yaaron” in top 10 to which some may object as I personally thought others deserve better ranking than them. Any how below is the list and I think it may act as a reference point as well for comedy film fans. 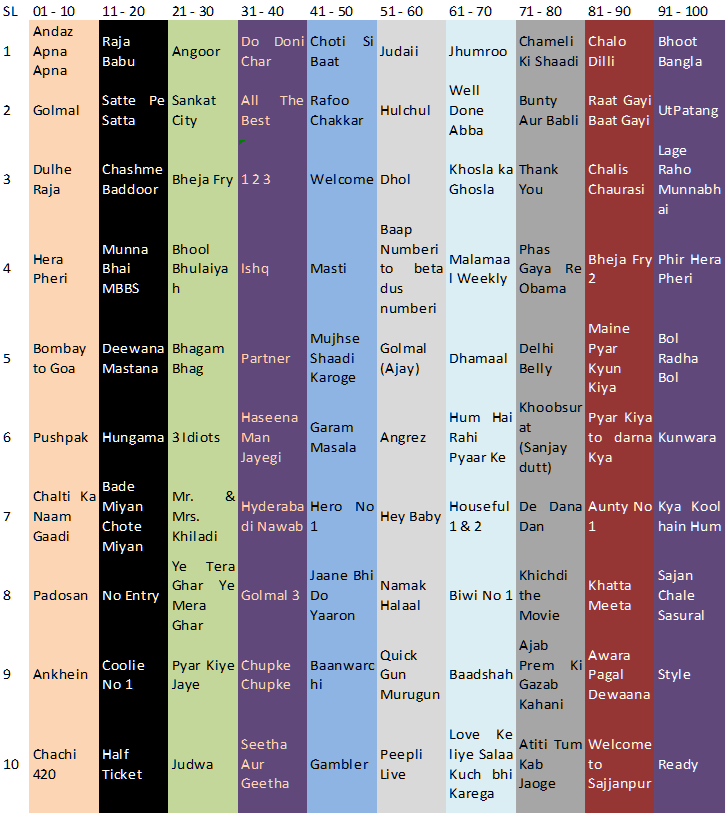 PS: I have deliberately missed out few Amol Palekar’s, Shammi Kapoors, Mahmood’s and Raj Kapoor movies along with some old classical’s that i can’t remember or recall it.