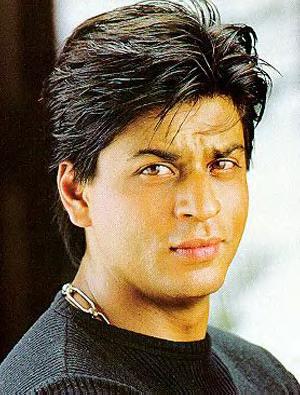 Shah Rukh first came into limelight with the TV show Fauji and blew everyone by his acting. Though he got beat up by his brother he completely stole the show. He acted well in a number of TV shows like Circus, Dil Dariya and Doosra Kewal. Before him no TV star had made it big in Hindi cinema and when he was making his debut in movies, lot of people wondered if he would turn out to be another flop hero.

His first movie release was Deewana in 1992 and his entry was only in the second half of the movie yet he completely stole the show from a veteran like Rishi Kapoor. He deserved the Filmfare Best Debut Award that he won. Shah Rukh has a habit of overacting and this is very much apparent in some scenes of Raju Ban Gaya Gentleman. He had a miniscule role in Dil Aashna Hai and was overacting in that one too.

He had a small role in Maya Memsaab and he gave a very natural performance and was very likable. His performance in Baazigar was brilliant and he definitely deserved the Filmfare Best Actor award that he won for this movie. He was brilliant in scenes where he loses his contact lens or when he murders people and the climax fight. His next release Darr was unnecessarily long and violent but Shah Rukh gave a brilliant performance as the stalker. It was absolutely stunning that the audience was rooting for him instead of Sunny and were cheering him when he stabs Sunny. It’s definitely his best performance and is one of the best performances in Hindi Cinema.

Kabhi Haan Kabhi Naa had Shah Rukh play the role of a loser. It’s Shah Rukh’s most down to earth and natural performance. And then came Anjaam where he played a complete villain and though he acted well, it had become repetitive after Darr and the movie was very violent and gross. He was strictly ok in Karan Arjun though he overacted a bit in the modern role.

And then came DDLJ. He was good in the first half in all the comic scenes but he was horrible in the second half in all those melodramatic emotional scenes where he started to overact in a completely different way. Shah Rukh, who used to speak fast now spoke slowly with deliberate pauses. Shah Rukh who tried to steal the girl at any cost in Darr had a diametrically opposite role as the goody goody lover who would not elope with the girl even though she is ready to elope. He acted as if he is acting in some stage drama with all those pauses, twitching eyebrows and exaggerated hand movements. The movie became a big hit and from here on he started acting in this way in almost every other movie of his. He even won the Best Actor for this performance though Aamir clearly deserved it for Akele Hum Akele Tum/Rangeela.

And then there was Ram Jaane, in which Shahrukh hammed like there’s no tomorrow. This is his worst performance and probably the most irritating performance in the history of Hindi Cinema. Then there was Yes Boss where he acted well as the sycophant for the most part except for the last few scenes where he started hamming in those maa and karva chauth scenes. He was strictly ok in Pardes and then came DTPH where he was back to his slow, melodramatic stage overacting. DTPH was horrible with no story and a drama taking place in the movie. He again won a Best Actor even though Anil Kapoor clearly deserved it for brilliant performance in Virasat.

He overacted again in Kuch Kuch Hota Hai which had one of the most ridiculous stories ever and he won the Best Actor award at the expense of some very good performances from actors like Aamir for Ghulam and Ajay for Zakhm. He was ok in Baadshah as the goofy detective and then came the big disappointment Dil Se. It was a Mani Ratnam movie and it had great songs but the movie had no story. Though Shah Rukh did not overact, he was strictly ok. It was a torture watching movies like Josh, Hey Ram, Mohabbatein, One 2 Ka 4, Ashoka, Kabhi Khushi Kabhie Gham and Chalte Chalte as he was overacting in each one of them and the movies themselves were horrible too.

He was a bit restrained in Devdas and the credit should go to Sanjay Leela Bansali. He gave a brilliant performance as the jealous husband in Hum Tumhare Hain Sanam though the movie was horrible and looked dated. He was pretty good in Shakthi – The power as the Tapori though he copied Amitabh a lot. He overacted in some scenes in Kal Ho Naa Ho and Main Hoon Na was too much of a silly masala movie to even consider his acting. Veer Zaara is just unbearable with its stupid plot and horrible performances by everyone including Shah Rukh.

His best performance in recent times was definitely Swades, where he gave a natural performance after a very long time and he did not overact in any of the scenes. In Paheli he was good as the frugal husband but as the ghost, it was the same repetitive performance as a romantic lover that he always does. He overacted again in Don – The Chase Begins. This was a role that he could have done extremely well considering his expertise in negative roles like Baazigar and Darr but he seemed to have lost the aggressiveness that he had in his early movies. He was theatrical and despite his best efforts to look cool, was no where near to Amitabh as Don.

He was good in Chak De India for the most part though he did go a little overboard in some scenes. The sattar minute scene clearly dragged on. He could get away with overacting in Om Shanti Om as it was a masala movie set in the 70s and 80’s and required an over the top performance. And finally in Rab Ne Bana Di Jodi he was brilliant as Surinder Sahni and avoided overacting in his sterotypical role of Raj. He could bring out the contrast in the two roles very well though there should’nt have been any Raj role in the movie.

After DDLJ he had become monotonous but in recent years he seems to have avoided some of it with movies like Swades and Rab Ne. He needs to stop his overacting for good and completely stop doing those repetitive roles of Raj and Rahul. If he wants to be remembered for his acting he needs to start experimenting more with his roles. He is presently working in My Name is Khan where he plays a partly autistic guy but with Karan Johar at the helm there are serious doubts if it would be a good performance devoid of any overacting.