Blast from the Past: Life After Agneepath – Amitabh Bachchan Interview

Life After Agneepath – Amitabh Bachchan Interview from Filmfare May 1990. There are a lot of interesting things about Agneepath and Amitabh’s late 80’s career in this interview. 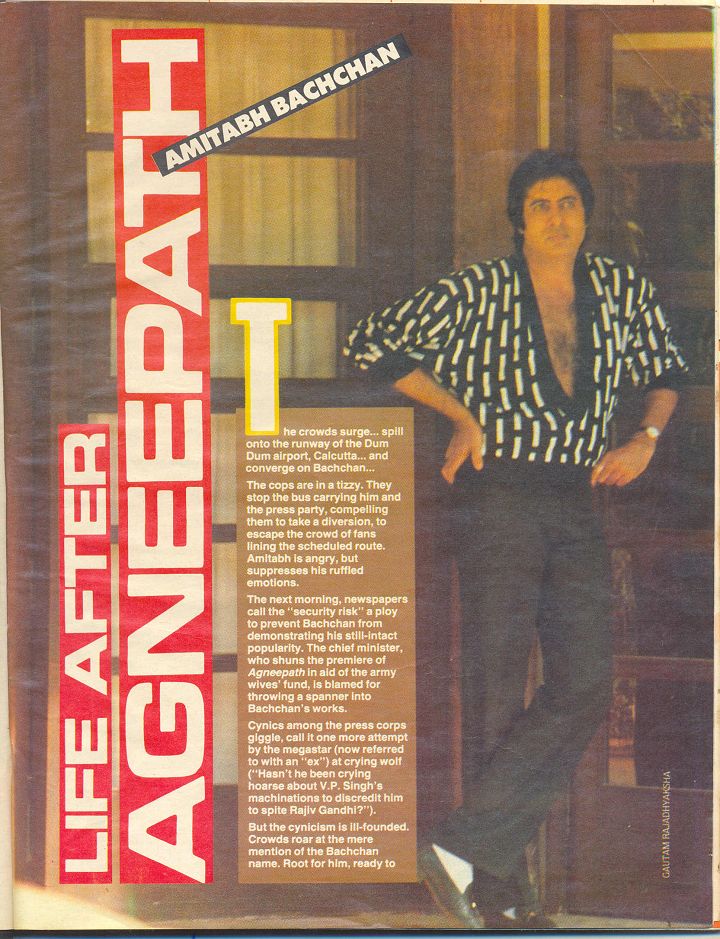 Click on Continue Reading for Part 2 and Part 3 Interviews 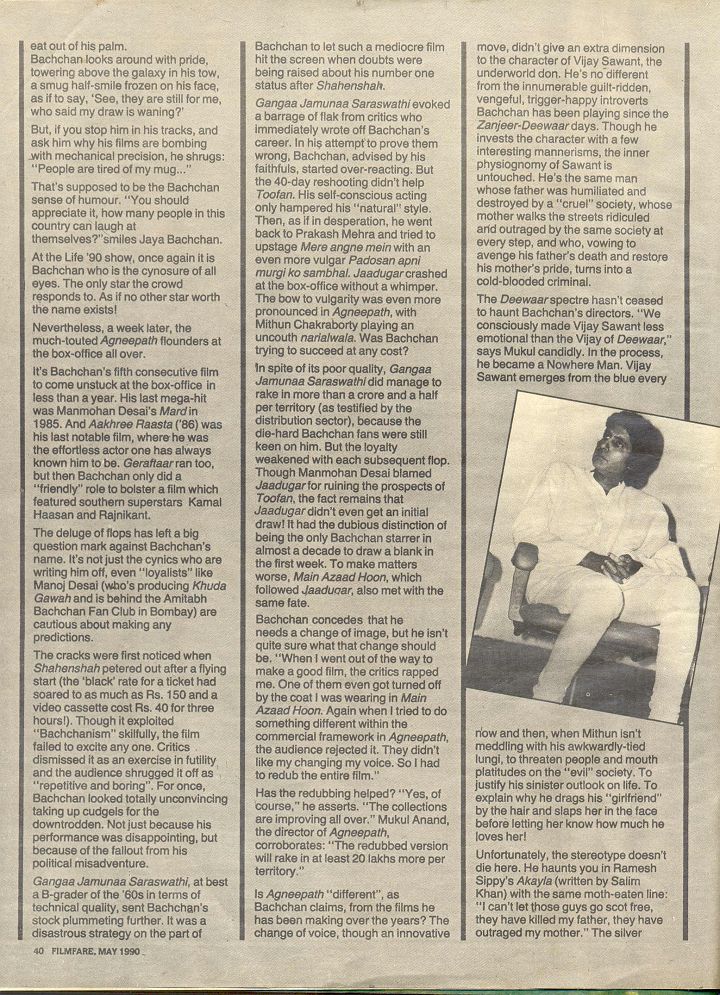 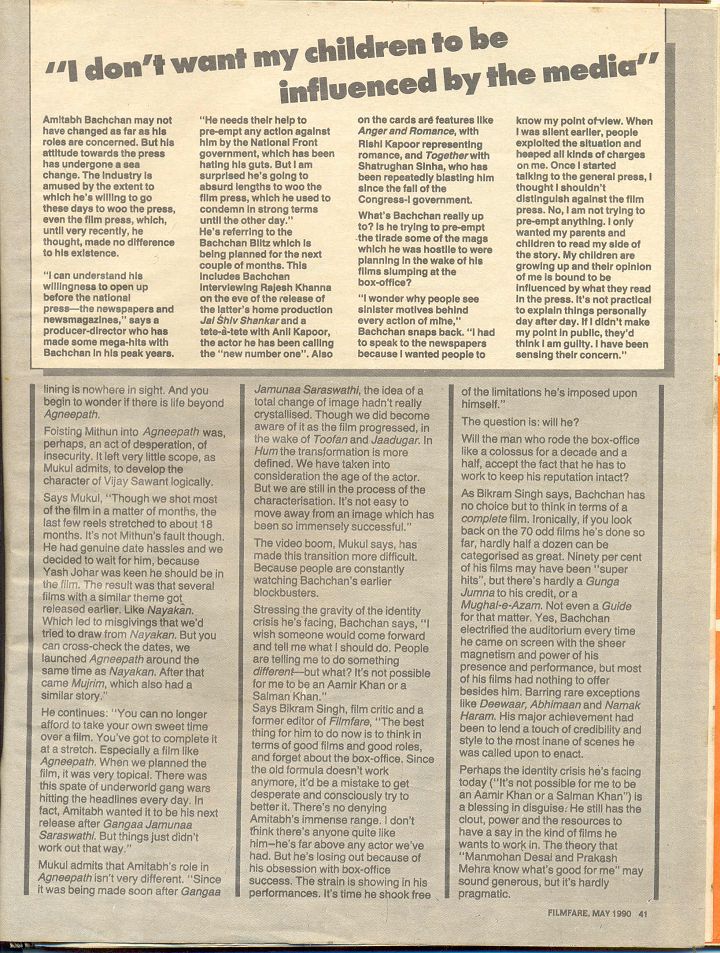