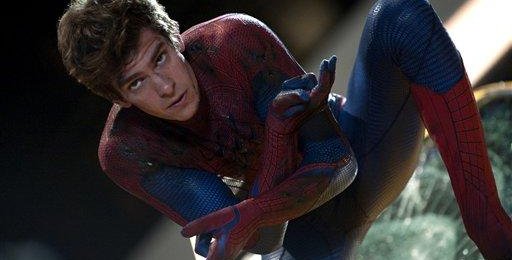 If Sam Raimi’s 2002 Spider-Man is still fresh in your memory, there’s a good chance the new reboot might feel boringly familiar. This is after all the origin story all over again – Peter Parker gets bitten, he discovers his ’spider powers’, he uses them first on the school bully, then goes out in the street to fight crime, finally clashing with a fearsome villain while cops and New Yorkers look on in amazement.

To be fair, despite covering pretty much the same ground as that earlier film, The Amazing Spider-Man still works. You could put it down to the emotional depth that (500) Days of Summer director Marc Webb brings to key scenes, or simply to leading man Andrew Garfield’s refreshingly original approach to the part.

A solid actor, blessed with oodles of charisma and unmistakable presence, Garfield pitches Peter Parker as a brooding introvert who prefers the company of his skateboard to actual friends. Playing him less nerdish than Tobey Maguire did in Raimi’s film, Garfield’s Parker is a smart, often wisecracking hero, and a pleasing comic presence in the early parts of the film, as he learns to cope with his new powers. Take that terrific scene in the New York subway where Parker surprises himself and fellow commuters with his sudden strength!

Webb, meanwhile, helming his first big-budget studio film, delivers a surprisingly moving blockbuster that works best when it’s focusing on characters over set pieces. Nowhere are his skills more evident than in the scenes between Garfield and Emma Stone, who stars as Parker’s classmate and subsequent girlfriend Gwen Stacy.

Easily a more likeable presence than Kirsten Dunst’s vanilla Mary Jane, Stone plays Gwen funny and smart and sexy, and invests in her real courage and emotional strength so she emerges a worthy ally and confidante to Parker. The couple has crackling chemistry, and it’s hard not to root for them when they’re mooning over each other, like in a delicious rooftop scene where Parker finally shares his secret with her.

Grounded firmly in a real, believable universe of Webb’s making, despite its fantastical premise, The Amazing Spider-Man feels more like a coming-of-age tale than anything else. After an opening prologue of Parker as a young boy being passed off to his Uncle Ben (Martin Sheen) and Aunt May (Sally Field) by his parents, we jump forward to see him as a teenager who’s begun to ask questions about his parents’ mysterious disappearance. This leads him to his father’s former colleague, Dr Curt Connors (Rhys Ifans), a scientist involved in some groundbreaking genetic research, who transforms into a giant reptilian monster when he tests his latest formula on himself. Even as Parker grows to embrace his own superpowers, he must stop The Lizard from wreaking havoc in the city.

That brings us naturally to the film’s action scenes that appear less elaborate than we’re used to seeing in modern superhero films like The Avengers. There’s a nice bit in which Spider-Man rescues a young boy from a burning car dangling off the side of a bridge, and then there is his final battle with The Lizard at the top of a skyscraper. Both are considerably less thrilling than the sheer swinging sequences, and those portions in which Spidey leaps off tall buildings. You’ll find yourself at the edge of your seat, your nails digging into your armrest, as you watch him dive into the open sky… It’s a testament to the fact that Webb’s given us a superhero we genuinely care for.

Despite its faults – the standard-issue storyline, the 138-minute running time, a thankless role for Irrfan Khan, and the gratuitous 3D – this reboot of the Spider-Man saga rests almost entirely on the romance between its leads. Indeed, Garfield and Stone alone make this movie worth your time.

I’m going with three-and-a-half out of five for The Amazing Spider-Man. You’ll be surprised by how warm and funny it is. Definitely deserves a watch!