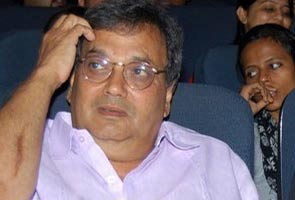 New Delhi:  Bollywood producer Subhash Ghai has been told by the Supreme Court that he will have return the 21 acres allotted to his film academy, Whistling Woods, in Film City, Goregaon on the outskirts of Mumbai. The land was given to Mr Ghai in 2000 by then chief minister Vilasrao Deshmukh. The Supreme Court today described the deal as “The largesse of a state doled out at the behest of the Chief Minister at a paltry sum to a  blue-eyed boy.” Mr Deshmukh is currently a Union minister.

The Supreme Court has agreed with the Bombay High Court’s decision in February that said Mr Ghai would have to return 14.5 acres that are currently vacant at his academy immediately to the government. Another 5.5 acres that are in use are to be given back in 2014 so that students currently enrolled can complete their courses without any disruptions. The High Court had ordered Mr Ghai to pay 5 crores in rent per year since 2000. The producer-director had appealed to the Supreme Court against the High Court’s ruling.

The High Court had also been severely critical of Mr Deshmukh, describing the deal between the government and Mr Ghai as “illegal, arbitrary and without authority of law.” They stressed: “It is not acceptable that a Chief Minister will personally sign such an agreement, which is illegal. It is clear that Vilasrao has extended undue favours to Ghai’s Whistling Woods.”  The judges had  referred to a report by the government’s auditor that said the land bought to have been valued at Rs. 31.20 crores as opposed to the three-crore price tag used by the government.

Mr Deshmukh has appealed to the Supreme Court to have those remarks against him expunged. In a hearing last month, his lawyer argued that he had “signed in the agreement between Ghai and the Film corporation as a token of blessing and has no hand in transaction.” The court was unimpressed. “Blessings are given by hand not by signature…” the judges had said.