Sriram Raghavan: I don’t think anybody other than Saif Ali Khan can play ‘Agent Vinod’ 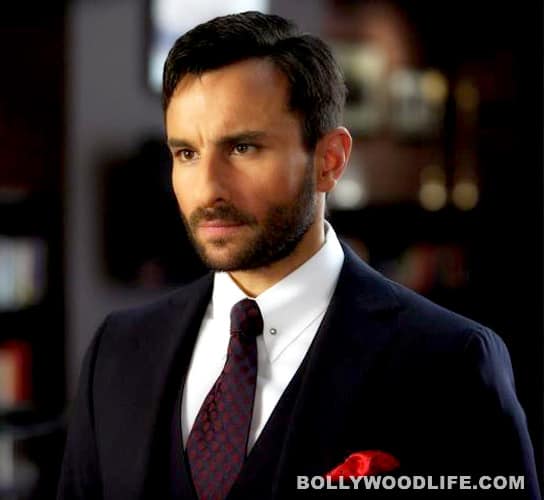 The director of Saif Ali Khan’s latest espionage thriller is anxious about the buzz surrounding his film. In a candid chat, he spoke to us about his passion for cinema and why he set Agent Vinodin so many countries despite knowing it could be a logistical nightmare and some more…

Sriram Raghavan made an apologetic entry at Saif Ali Khan’s office since he was considerably late for the interview. The ice broke when we spoke about the subtle nuances of his earlier thrillers like Ek Haseena Thi and Johnny Gaddaar. The director, who has made only three films so far, said that he was aware that he wasn’t going to live for 200 years and he wants to make more movies (not money, he quickly added). As Sriram prepared himself for a string of interviews that had been scheduled for the day, we had a candid conversation with the director over some coffee.

We’ve heard that you have a unique writing style and you spend years writing the script.

Well yes, when I write, I explore all possible characters and scenes and it takes a while for me to impress myself with my writing. Even while shooting, I keep myself open to suggestions and even if four out of seven ideas are rubbish, it is still worth it.

You come as a perfectly normal person…how come the characters that you write are so twisted?

Breaks into laughter abruptly and refuses to comment. So we move on…

Agent Vinod is shot in so many countries. While writing a script like that, didn’t you think of the challenges you might face while shooting?

Well it is the other way round. While writing I was thinking about the countries that I wanted to travel to. Being an armchair traveller I had looked up all exotic places on Google and then set various portions of the film in all those countries. Making the film becomes a paid holiday to all these places which I would otherwise not be able to visit. I would like to set the sequel of Agent Vinod in Rome. (Laughs)

Which was the most challenging place to shoot at?

Well, each place had its own set of challenges but language was one common problem we had in almost all the places but we somehow managed.

A white board in the room mentions the rights that you have to acquire from various films; then how come you’ve been sued for copying the ‘Pyaar ki pungi’ song by the Iranian band Barobax?

I came to know about it just yesterday and was quite taken aback. If you see the song in question, the only thing similar is the opening beat. The guys at Eros are looking into the matter and hope it will be sorted soon enough. I don’t think it is a fair claim.

Saif has said that he got a chance to hang out with you while shooting Ek Haseena Thi. What did you two bond over?

We watch similar kind of films and that was a good enough reason for us to bond. I haven’t met many stars but I don’t think anyone else watches the kind of films he does, unless the person is a total film buff. When he reads my script, he knows where I am coming from; the hat doffs and subtle tributes, he can point a finger at every single one of them.

In the climax in Ek Haseena Thi, where Saif’s character is left gagged and bound in a dark cave, at the mercy of rats. How did Saif even agree to do it?

When I had first narrated the script to Saif, it was open ended. It just said that Urmila’s character kills Saif. Later we wanted her character to leave Saif in some mine where he is buried alive, but that would have been difficult to shoot and we didn’t have that much money. Ramu (Ram Gopal Varma) came up with the idea of having Saif killed in a cave. Saif had his own reservations but we thought that it was the best revenge possible, especially coming from someone who was paranoid even about the possibility of a rat being in her kitchen. So, we stuck to it.

How was the experience of working with Saif and Kareena Kapoor?

I can’t think of anyone else but Saif playing ‘Agent Vinod’. It was his brainchild, his dream project and everything else. It is a very guy thing; wanting to play a secret agent; they have a really cool lifestyle, gadgets, guns, cars and the girls. I think as a child Saif has watched his share of espionage films and must have run around the room with a fake gun; even I must have done that as a child. Kareena surprised me with her craft. Her character in the film is a very complex and layered one and what delighted me was that she could switch on and switch off very easily. It was a complete delight to see her pick up the nuances which I could barely manage to explain to her (thanks to the complexity).

Agent Vinod has five songs…isn’t that too many for a thriller of this sort? Were the songs incorporated for commercial reasons?

I totally love watching songs in films. I am a huge fan of Dev Anand’s film, Johny Mera Naam (it was also a huge inspiration for Johnny Gaddaar) and in that film you will see a bhajan song. It adds to the quirkiness quotient of a film. It would make people wonder what a mujra song is doing in a spy thriller. The audio palette of Agent Vinod adds to the experience of watching it and we haven’t forced in any song just for the heck of it. They are all there for a reason. It gives it an edge which you will see when you watch the film.

We heard that you’ve already planned your next. Tell us about it and the sequel of Agent Vinod.

We’ve just finished the film and for the next two months I am going to do nothing but watch movies. I haven’t seen a single film in the last two years; not even Rockstar. Right now I have nothing on my mind except the thought of catching up with the films that released while I was busy with my film. The sequel of Agent Vinod entirely depends on the success of the first one. (Pauses) Yes it will succeed. (Smiles)

In your last film, Johnny Gaddaar, there was a scene where you show an old woman’s dentures floating in a glass of water. Did you write that while you were in the scripting stage?

Not really, some quirks creep into the film while shooting. I used to travel with my grandmother when I was a child and that is where it came from. In that scene we couldn’t have shown Shiva (played by Daya Shetty) travelling alone, so the old lady and her quirks were incorporated into the scene. There are some memories which somehow spill into the films. You will notice such quirks in Agent Vinod as well.

As a director, would you like to direct a film which is not written by you?

It has its pros and cons. When I am writing, I can almost see the film as I would like to shoot it but when it is somebody else’s script, there is a chance to be objective about the material. Actually my brother (Sridhar Raghavan) is writing a film for me. Let’s see how it shapes up. If I have to direct a film which is not written by me, there should be a strong connection with the writer and the content. I know am not going to live for 200 years and I have to make more films (not money; he quickly adds).