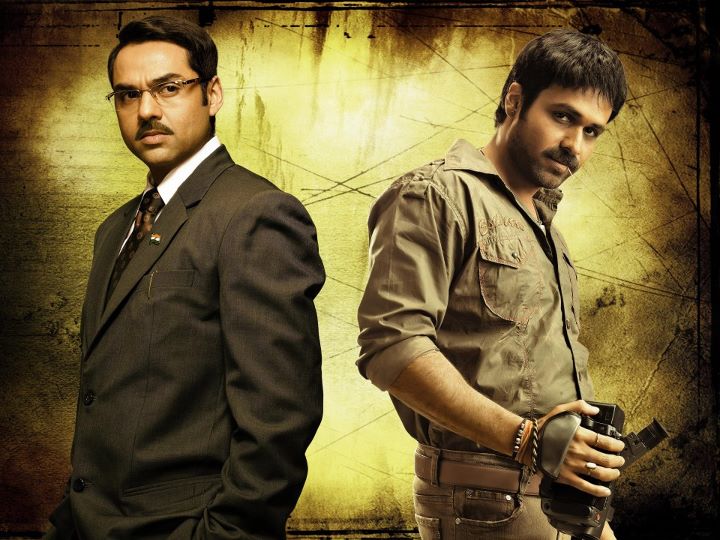 Loosely adapted from the novel ‘Z’ by Vassilis Vasilikov (the ’69 film of the same name by Costa Gavras became an instant classic), ‘Shanghai’ drags you deep into the bowels of a fictional Indian town, where it sets about disemboweling the pretences and the super-structures that protect the rich and the powerful with such a ruthless, clear-eyed sense of purpose that you have nowhere to run, and certainly nowhere to hide.

The film is set in small town Maharashtra, and the Marathi surnames leave you in no doubt about the location, but the nexus that is busy hammering the meek into the ground — the politician, policeman, builder-and-goon — could be, and is, in business across all of India. It is a separate nation state that operates at a level the average John Doe is only dimly aware of : of lone tenders, complicit ’netas’ and ‘babus’, buzzing hotlines from one ministerial desk to another, and vast tracts of land, more valuable than diamonds in this country where the footpath is the default home to those without a roof over their heads.

It is in this roiling, boiling town that noted academic-activist Dr Ahmadi (Chatterjee) arrives, to raise a call against the forces that are working against the poorest of the poor. Awaiting him is his former student Shalini (Koechlin), whose heart is still very much on her sleeve. A public meeting turns into the site of a cold-blooded murder, resulting in the good doctor fetching up in hospital, and Shalini battling shock, turning for help to smutty videographer Jogi (Hashmi) who is witness to the incident, and to Krishnan (Deol), the bureaucrat in charge of the investigation.

‘Shanghai’ is fashioned as a political thriller, but it could just as well be a strong treatise on how much of today’s India functions. If you have a powerful ‘haath’ on your ‘sar’, as the propulsively small man Pitobash boasts, you can do anything, even knock a living man down and leave him for dead, without a twinge of conscience. Banerji builds up the layers unerringly, ( please note the by-play between the lowering, intimidating senior cop and the wanting-to-do-his-best ‘babu’) assembling a terrific cast that is mostly played to its strengths. Mostly.

Chatterjee’s a wonderful actor, but he’s a little too opaque here. I wish there was more going on with him. Hashmi has the crowd pleasing role, and he plays it to the paunchy, gap-toothed hilt, even though in at least a couple of scenes, you can see him work hard at it. The side-shows, especially from Farooq Shaikh as the pragmatic, unctuous-when-needed, brusque-when-not ‘babu’, and Supriya Pathak as the smilingly sinister ‘madam politician’, are lovely. Right on top of a super set of performances is Abhay Deol, whose pious South Indian IAS officer is as straight-laced as can be, under the circumstances. And his near-flawless South Indian accented Hindi-English, and apt body language, is a marvel.

Koechlin is well cast as the permanently fraught half-‘desi’, half ‘firangi’ girl who had run away from the charismatic Dr Ahmadi and who wants to make amends now, though I wish she’d been made to smile just the once, for some relief. That, in fact, is one of my minor quibbles with the film : the pitch is kept too high all the time, without any relief. This has nothing to do with the speed of the film, which is impeccable : I haven’t seen such a beautifully paced film in a while, with not one superfluous moment. But an occasional low pitch makes the lurch on to a higher note that much more effective, and the absence makes the edges a tad blunted:  I didn’t feel as surprised at any point as I should have.

This is the director’s first foray out of his comfort zone of Delhi and its denizens. His earlier films have all had him right at the heart of the action : he is on the inside, owning his material. Here, he is clearly on the outside. ‘Shanghai’ is a good film. Most of it is scarily plausible, sharply observed and sharply executed, except that distance which has Banerji telegraph some of his punches, making ‘Shanghai’ stop just this short of being great. But it is an important, relevant film that demands to be watched not just for what it is saying, but for how it is saying it — angrily, fearlessly, pointing out, as a line in one of the film’s songs puts it, both the ‘gur’ and the ‘gobar’ in this, our Bharat.