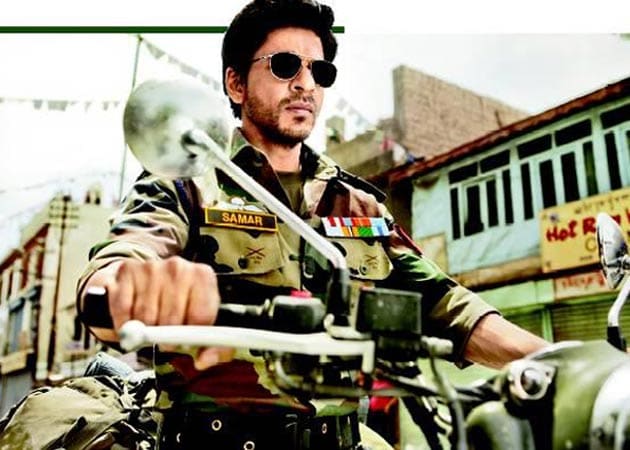 After shooting in the serene surroundings of Ladakh, Bollywood superstar Shah Rukh Khan will arrive here early next week to film Yash Chopra’s romantic movie. He will even shoot on the banks of the Dal Lake.
Chopra and his crew arrived here on Saturday to work for the yet untitled movie, whose first teaser has already been released in theatres.

Sources close to the shooting crew said after his arrival, Chopra drove directly from Srinagar airport to Pahalgam hill station in south Kashmir from where the shooting of his new movie would begin in the Kashmir Valley.

“After starting the shooting schedule from Pahalgam, Shah Rukh will shoot portions of the film in Zabarwan Hills on the banks of the Dal Lake,” a source told IANS.

Further details of the shooting are being kept under wraps.

“The exact timing of shooting and its locations are being kept a secret to avoid the huge rush of King Khan fans and lovers, who could interfere with the shooting because of their enthusiasm to have a glimpse of their superstar,” added the source.

Shah Rukh, who features in the movie along with Katrina Kaif and Anushka Sharma, completed shooting his part in the Ladakh region of the state, from where he flew to Mumbai early this week.

The 46-year-old is said to be playing an army officer named Samar in the movie, which is likely to bring back the actor in his evergreen, ever-loved romantic avatar.

With the overall improvement in the situation of the state, Bollywood has now renewed its relationship with Kashmir, where some of the better known hits of yesteryears like Kashmir Ki Kali, Silsila and Junglee were filmed.