Sanket’s Review: Margarita With A Straw 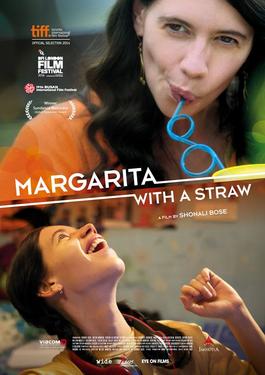 Okay, I have to say this, I haven’t seen such female character ever in any kind of cinema. And one of the primary reasons why this film works is because the writers never let the character’s inability and orientation weakness to be the talking point of the film. She infact holds issues of bisexuality and physical illness with elan. She throws such a surprising curveball in the story that the viewers are completely enjoying her journey that is composed of exuberance, warmth and that heartening dynamic with her mother. In-fact in one of the terrific scenes, Kalki’s character gives such an unrespectful gesture when offered mercy that it becomes hard to go the oh-I-pity-her path.

The film’s narration is pretty much safe and in almost every scene in 100 minutes you see Kalki koelchin. She is funny, she is virago, she is naughty and she’s just adorable. But the film is not all good. Infact the final scene of the film kind of eats into all the praise one has for the film. If thought of, the final scene kind of contradicts the purpose of the film. Also, at places the scenes looked rather convenient.

Nonetheless, its still a pretty strong film that stays with you even after the film is over. Even if the pace is pretty slow but one never feels restless because they are engrossed in everything the character is doing.

Kalki Koechlin is in her best form. She infact is so good that you wish you come across her character in life. Yes, she is just terrific and needless to say she has given the best performance of the year so far be it male or female category. A performance to be remembered for years to come. Revathy excels and her scenes with kalki are simply the highlight of the film. The depiction of mother-daughter relation feels relatable. Revathy shows enough arc in her character and her emotional turmoil is what one can completely respond to. The girl playing Blind Pakistani is also good although because her all scenes involve Kalki in them it becomes hard to focus on her character.

If you think I am over-praising Kalki Koelchin, you need to see the film. The film as a whole may not be memorable for lifetime although it will surely be with you for long period of time. Only because of its erroneous end and a little too convenient at places, the film felt restricted. Yet, for whatever it is, you must not miss it.