Sanket’s Review: “Jodi Breakers”- Madhavan is the only brightness in this otherwise mediocre film. 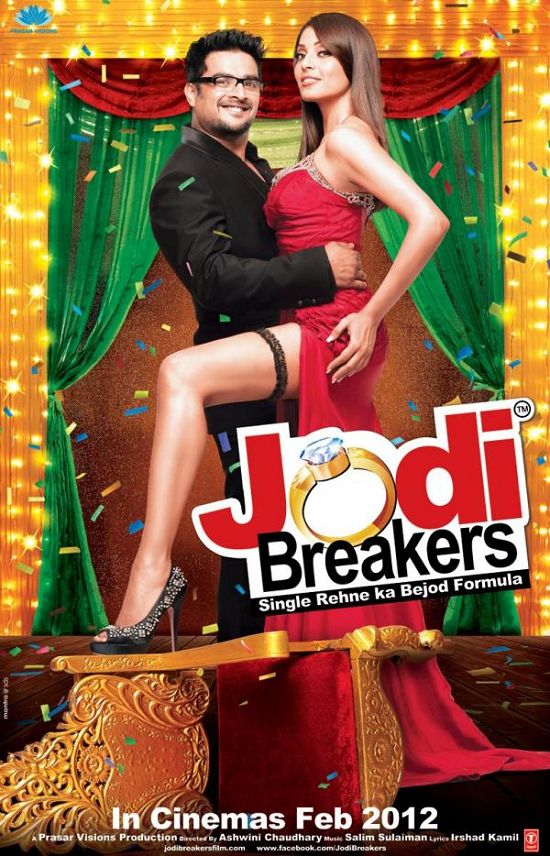 Loosely borrowed from BAND BAAJA BAARAAT, JODI BREAKERS is one such film which could’ve been so much more, but alas it’s just a tiny one! JODI BREAKERS has an interesting plot, and the director also creates intensity for the story, but the problem is he fails to maintain the same. The film is bound with fresh locales of Greece, Bipasha’s glamour, intimacy, but it has too little in the story and direction department. What disappoints is, it’s a chance gone waste!

The first half of the film is so boring that you wonder, what are actors like R.Madhavan and Biapasha doing in this film! The first half kicks too much on Omi Vaidya’s unfunny jokes, thanks to failure in direction, and some of his jokes add to irritation. Also the scene before intermission when the protagonists are intoxicated is quite a stretched scene and it is done to death. Not even half-moderate first half, its shocking that JODI BREAKERS had turned this bad! Though there’s a slight twist at the interval point but that didn’t add anything to the dreadful first hour.

You cannot expect bumper speed-up in pace post-intermission because you know what will happen! Surprisingly, though the second half is predictable, it doesn’t disappoint you thoroughly. In-fact the second half slowly gets extremely engaging and keeps you hooked with many turns in the story. The showdown of the film is finale which is quite like a daily soap episode, but its very engaging climax. You do not care if the post-intermission portions are good or bad, because you had already lost interest in it, thanks to deathly slow first half. Still for engrossing last 30 minutes in Goa, JODI BREAKERS saves itself from disaster!

R.Madhavan is the guy who potentates the show and much of emphasis is on his role. This guy doesn’t know how to shake his body for a dance number, but he quite knows how to portray his I-am-cool character. In-fact whenever he arrives on screen, he seems to enjoy himself in this role and helps to make his character likeable. He is the only brightness in this otherwise mediocre flick.  Bipasha Basu isn’t bad, but neither shines which she should have! Her item song is very boring and the choreography is quite lame. Also she is quite unimpressive in emotional scenes and that drunkard scene pre-intermission. Omi Vaidya tries too hard, but he is saddled by a weak role. Dipanita Shrama does very well where as Milind Soman hardly makes difference.

The music of the film is tedious. The Kunwara and Darmiyaan track are fine but rest is just boring. The cinematography is fabulous and it captures many wonderful locations of Greece which are treating for the eyeballs. Ashwini’s direction is sloppy and she is responsible for the slackened first half. The story is quite ordinary though the screenplay does have few engaging moments in second half.

Watch it for R.Madhavan who never disappoints, though the film does. Its so corny in first half that you desperately need a pillow and a blanket. Thanks for a face-saving second half and R.Madhavan who lifts the film to an extent. Strictly, Average!