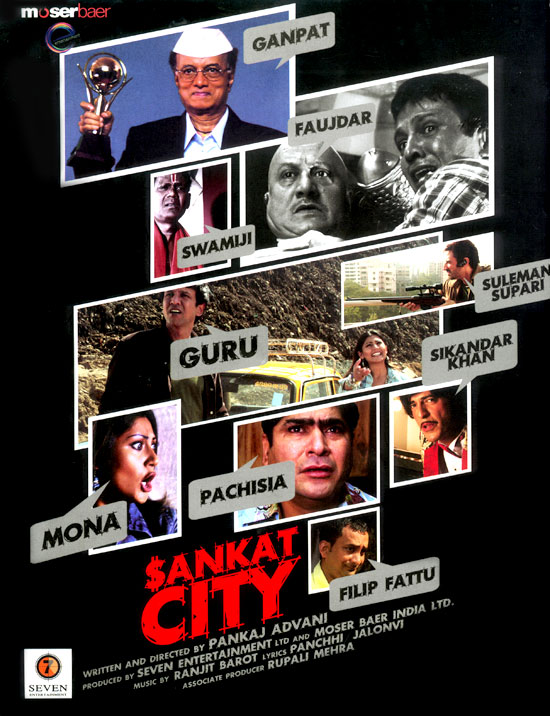 Guru (Kay Kay Menon) whacks cars and his partner-in-crime Ganpat (Dilip Prabhawalkar) gives them a make-over in order to sell them. They are delirious with joy when they discover a sum of Rs. 1 crore in the boot of a Merceedes that Guru stole. Little do they know that the car and the money belong to a vicious gangster named Faujdaar (Anupam Kher). Guru’s plans to sell the car ricochet and the paranoid Ganpat has a temporary loss of memory due to an accident after hiding the money in a safe place. Will Guru be able to return the money to Faujdaar and will the poor Ganpat regain his lost memory is what the rest of the movie is about.

There are a couple of scenes that are good like the one where Guru acting as a policeman and Mona acting as a prostitute con some guy or the one where they con a builder (Yashpal Sharma). But the rest of the movie is filled with scenes and dialogues which are not funny but rather annoying.

Kay Kay, who has been doing the same kind of roles in all his movies gets to do a comic role for a change but overacts. This is his worst performance and he goes on to show that he cannot do comedy. Rimmi Sen is totally miscast as she has neither the looks nor the acting talent to carry off the role. Chunky Pandey is annoying in both his roles of Sikandar, the movie star and Sheshiah, the Hyderabadi duplicate. Yashpal Sharma is somewhat better but Anupam Kher, Dilip Prabhavalkar and the rest of the cast are all annoying.

The background music is ridiculous with some stupid song popping up whenever Rimmi Sen comes on screen. The song that plays in the club is bad too. The dialogues are silly and not even funny. A low budget movie can be shot well too but this movie screams that it is low budget by having most of the scenes on sets.

The movie is filled with so many characters and every one of them is loud as the director’s sense of comedy seems to be loud over the top acting. The movie tries so hard to be a Jaane Bhi Do Yaaron but good comedies cannot be made with a formula and this movie just proves that. The movie does have a good plot and could have been a great comedy but is marred by bad screenplay, dialogues and performances. Pankaj Advani’s direction is horrible and the scenes just grate on your nerves and you will end up with a headache screaming ‘Iss Sankat Se Mujhe Bachao’.