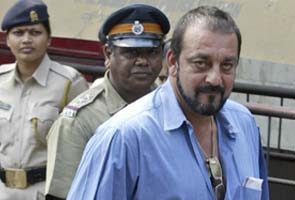 New Delhi: Actor Sanjay Dutt has been convicted by the Supreme Court today in the Arms Act case that he was booked under in connection with the 1993 Mumbai serial blasts. He has been given a 5 year sentence. He has served 18 months in jail already.

The actor was arrested in April 1993, a month after the serial blasts that ripped Mumbai apart and left 257 people dead and over 700 injured. Police said the AK-56 foundin his house was from the consignment of arms smuggled into the country before the blasts. He was arrested and booked under the Terrorist and Disruptive Activities Act (TADA) and sent to Mumbai’s Arthur Road Jail, where he did time for around 16 months before being granted bail.

Mr Dutt received partial relief in November 2006 when a TADA court absolved him of terrorism charges and booked him under the Arms Act for illegal possession of arms. In July 2007, the court sentenced him to six years in jail. He was arrested on August 2 and sent to Pune’s Yerwada Jail. He was granted bail by the Supreme Court on August 20.

In his confession upon his arrest in 1993, which he later retracted, the actor had said that mafia don Abu Salem visited his home in January 1993 with Samir Hingora and Hanif Kadawala, proprietors of Magnum Video and alleged close associates of underworld don Dawood Ibrahim.

Mr Dutt said they had brought three AK-56 rifles with ammunition, and he kept one to protect his family. He said that he had asked his close friend Yusuf Nulwalla to destroy the rifle after he heard about the serial blasts.

Murmurs that that Mr Dutt got away because of political pressure allegedly exerted by his family, including his late father, actor Sunil Dutt, have persisted throughout the case. Defence lawyers have questioned why the CBI did not question his acquittal.

The verdict will no doubt bring gloom to the Bollywood fraternity. Three films, Policegiri, Zanjeer and P.K., are under production and nearly Rs. 70 crore is riding on Sanjay Dutt.