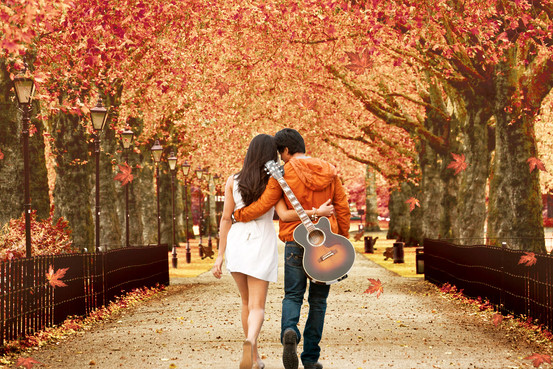 Bollywood films, particularly romantic dramas, rarely open to universal acclaim. “Jab Tak Hai Jaan,” or “Until There Is Life,” the last film directed by Bollywood’s “king of romance” Yash Chopra, before he passed away in October, is one of the rare films that did.

The film, which released alongside “Son of Sardaar” this Diwali, was hailed by many Indian critics. Here’s a roundup of what they had to say:

“There cannot be a better way to portray love on the silver screen,” opined a Zee News review by film critic Ananya Bhattacharya. “Jab Tak Hai Jaan has nailed that – at least for the immediate future.”

Ms. Bhattacharya was all praise for the film’s star cast, particularly Mr. Khan, who in her view brought to life a “newer, better, improved version” of Raj Malhotra, the love-smitten protagonist in Mr. Chopra’s 1995-produced classic “Dilwale Dulhania Le Jayenge.”

“If as Raj Malhotra he [Mr. Khan] had managed to woo half the population of the country; as Samar Anand, this man can make many more smitten by him. The slight stutter, the little hint of a tear in the eyes, the arms-outstretched pose – Khan knows how to make his ladies fall for him – be it that they are almost half his age!” Ms. Bhattacharya wrote.

The critic went on to applaud Mr. Chopra for his direction. “Only somebody like Yash Chopra could have made those mesmerising locales of Pehalgam and Ladakh come alive on celluloid… The film doesn’t really have the sarees flying slo-mo in the air, but what it has is sheer, pristine beauty,” she wrote.

Overall, Ms. Bhattacharya was highly impressed with the film, though she felt it was “a tad too long” and its background score, composed by Oscar-winning composer A.R. Rahman, had been “underused.”

Nevertheless, she concluded by giving the film four stars out of five. “Yash Chopra, you made sure that you will live on and that your last film will be remembered – jab tak hai jaan,” or until there is life, she wrote.

Jab Tak Hai Jaan “is the best romantic film made in this generation.” That’s how Bollywood critic Rachit Gupta summed up the movie in a Filmfare review.

“Like any piece of commercial cinema, it has its cinematic liberties and plot holes. But the sum of it is an old school love story that weaves its magic on the tender hearts of die-hard romantics,” Mr. Gupta opined.

The critic was all praise for the film’s star cast, its “master class” script and its “real, uncomplicated” dialogue. The film’s plot, though “a run-of-the-mill love triangle” in Mr. Gupta’s view, set itself apart from other romantic dramas, largely owing to its “philosophy, poetic love and honest emotions.”

The film’s screenplay “is by no means flawless,” but the romantic drama “leaves a soothing afterglow,” Mr. Chatterjee opined.

The critic was also impressed with the film’s theme and character sketches. “Though the focus of Jab Tak Hai Jaan is on the male protagonist, the two women in his life aren’t mere mannequins.” Instead, they are blessed with “grace and intelligence, besides the ability to speak their minds and hold on to their beliefs,” a rare treat in Bollywood romances, he noted.

“Watch Jab Tak Hai Jaan not just for the obvious sentimental reason but for the fact that it shows, for one last time, what Bollywood will miss now that the undisputed master of romantic sagas is no more,” Mr. Chatterjee concluded, giving the film three-and-a-half stars out of five.

“In contemporary times when love stories have more or less turned into instant make out and instant breakup…. it’s heartening to see a full-blown romance saga which has good old values and yet a very modern outlook,” film critic Gaurav Malani wrote in The Times of India.

“Like most love stories, even Jab Tak Hai Jaan has sacrifice and sanctity at its footing yet at no point is it depressing or disheartening,” he added. The critic went on to praise the film’s “impeccable” screenplay, “strikingly beautiful” cinematography and “scrumptious” chemistry between Mr. Khan and Ms. Kaif.

“Jab Tak Hai Jaan is a sublime story about love and life. They don’t make them like that anymore,” Mr. Malani concluded. His verdict? “Very Good.”

Writing for the Hindustan Times, film critic Anupama Chopra was notably disappointed with the film’s plot but on the whole enjoyed the film, largely due to its “heartfelt performances.”

“In any case, you don’t go to a Yash Chopra movie to delve into realism or the messiness of relationships. You go to partake in a fantasy of swooning, idealised love – and Jab Tak Hai Jaan delivers plenty of that,” she noted.