This is a Interview from some Italian Magazine translated using Google Translate. If true this just confirms that SRK ghost directed the movie and does not speak well of SRK and the production unit. 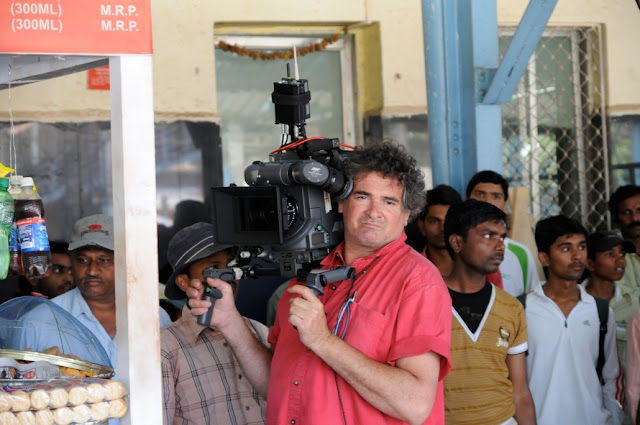 Nicola Pecorini, camera and steadicam operator, founder of the Steadicam Operators Association, along with Garrett Brown, is a world-renowned director of photography. He has worked in several advertising campaigns and many music videos, such as, for Bodies of Robbie Williams and Ben Harper Morning Yearning directed by Heath Ledger. In 1997 he was the cinematographer of Fear and Loathing in Las Vegas by Terry Gilliam, with whom he forms a partnership that will continue with Tideland – The world turned upside down, The Brothers Grimm and Parnassus – The man who would cheat the devil. Named by Red Chillies Entertainment, accepts the challenge of working in Bollywood as a director of photography Ra.One. Nicola Pecorini has kindly agreed to answer some of our questions.

What was initially approached to take part in a production in India? He already had a particular interest in Bollywood and was his first chance to meet?
In mid February 2010 I received a call from a British producer who was working in the preparation of the London section of Ra.One. Urgently sought a cinematographer with specific experience in visual effects, green screen and all the technology now commonly used in filmmaking. This was the main reason why they turned abroad. Ra.One was a huge technological challenge for them and felt the need to employ a director of photography “Western”. Given that Red Chillies has a division of Visual Effects in the past had done work for DreamWorks, have asked for a suggestion and it turned out my name. I do not know a lot of Bollywood movies, I saw something in the past, mostly in hotel rooms and planes, enough to know that Slumdog Millionaire is certainly not representative of the Indian film industry. I did not, however, an idea of ​​the enormous popularity of SRK, nor the fact that Bollywood is not the only reality of Indian cinema. I never imagined that produce more films in Chennai to Mumbai. It ‘was the first contact for me, but I can guarantee it has been profound. I knew well in India but I said yes immediately. Out of curiosity, and without thinking too much. 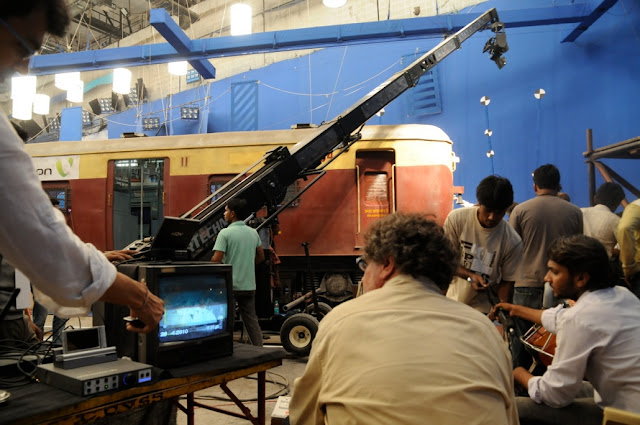 Do you think there are many differences between the Bollywood and Hollywood productions?
Probably you would do first to list the similarities: in both cases the final product is a film. The organization of production, forms of financing, roles, both in pre-production and in production are very different. On the other hand, the Indian society is deeply different from the West and this is reflected in cinema. In my case, moreover, the situation was unique. Red Chillies is truly a world apart, with its great king, King Khan, and dynamics similar to those who imagine they were in vogue in feudal times, the court, the favorites and palace conspiracies. On second thought even Italy has some of these features …
One thing that immediately catches the eye is the incredible freedom and power that have the actors, only the ones screaming, of course. In Hollywood, even Brad Pitt or Johnny Depp can afford a tantrum I witnessed.

Ra.one is the only pure SF genre films that have been occupied until now, as we have found?
Define Ra.One SF film seems least restrictive. Ra.One is a great Masala! Various’! In fact: of all time! There are some action sequences that have nothing to envy to the best Hollywood movies, but also scenes of family comedy and dance, as Chamakh Challo. The moment I liked best when I read the original script was that in which Ra.one out from the screen, which is missing in the final version.

How was it working with Anubhav Sinha? As you have agreed on the look, the mood of the film?
All in all I felt good, although the role of director in a film like is very different from what is usually understood. Eventually those who decided everything was Shah Rukh. Anubhav was the only alternative to be agreed. As I said you can not contradict the King, it sometimes becomes very difficult to protect him from himself. As for the look we agreed on certain parameters of video games for the final sequences (Level1, Level 2 and Climax, as we called them in production), the rest has been an ongoing dialogue with Sabu and Markus Ciryl Wookey, the two designers. Sabu is fantastic, full of ideas, resources and irony. 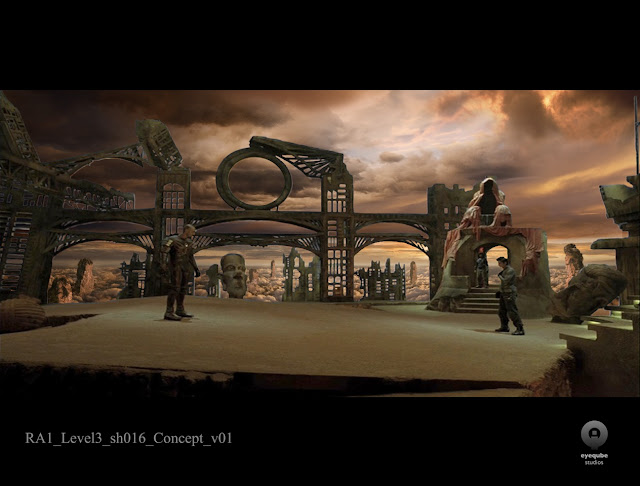 And with the cast? Shah Rukh Khan, but also produced the film star, Kareena Kapoor and Arjun Rampal?
With Shah Rukh had a sufficiently sharp. I could not understand his determination to be late every day, even 4.5, 6 hours! I became crazy! It ‘s certainly a formidable professional (once it arrives on the set) and an even more formidable businessman. The inventiveness and depth of promoting Ra.One incredible. SRK is not just a man, is an industry. Kareena is inscrutable, always seems on another planet. When you strike the clapper back into itself and then go away immediately when you call the “cut”. Arjun is very nice and in my opinion a good one.

Ra.one was distributed in 3D. This has required a specific commitment during the shooting or was it a work of post production?
Full post-production.

What was the most difficult challenge and, conversely, the most enjoyable or satisfying the processing Ra.one?
The biggest challenge was definitely the adapt their systems, their rhythms, their secrets, their endless lies! They can not help it: rather than say no, I do not know a thing or you can not have it, you tell the most egregious lies without any hesitation. On second thought but now it makes me smile when I was mad. The most satisfying aspect is doing it. Having made a decent job, having met some good friends. And having lived almost a year in Mumbai, another interesting experience.

Do you think Indian cinema, in the near future, can have even more widely in Western countries and particularly in Italy?
As long as you only think the Indian public, which also has at least a vague definition, it Ra.One has had three editions in India alone, I do not think that will capture large market shares. When even their cinema will modernize a little, do not talk about technical means, talk about the structure of the story, will expand. There are already encouraging signs, films like Delhi Belly, for example, are definitely carriers of news.

What are your next projects?
I’m waiting good news from Tery Gilliam, while I devote myself to some advertising, good gym!