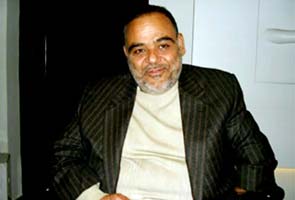 Income Tax officials today raided a number of properties owned by Uttar Pradesh-based liquor baron and businessman Ponty Chadha in the state and in Delhi on suspected tax evasion. They claimed to have traced a huge currency chest in a popular mall owned by him in Noida.

A team of 20 officials armed with counting machines and gas cutters reached the Centrestage Mall in Noida in the outskirts of Delhi to seize cash stored in its basement, top sources in the department said.

As the search teams were not given the keys to the chest, whose contents were not known, gas cutters were being used to break it open, the sources said. However, no money was found after the lockers were opened.

Meanwhile, searches were also conducted in Delhi at 13 locations including at the posh Sainik Farms and in Lajpat Nagar. In UP, meanwhile, I-T teams comprising 200 officials undertook similar operations at six locations in Noida, Moradabad and the state capital, Lucknow.

Chadha, according to I-T sources, is in Dubai at present in connection with a family function. Neither Chadha, considered close to the Mayawati government, nor any of his family members could be reached for comment.

The searches, which began at around 10.30 this morning, were initiated after the department got inputs regarding alleged tax evasion by firms associated with him, the sources said.

The department, according to the sources, were also looking at the possibility of illegal sale of liquor by certain firms in the run-up to the assembly polls in UP.

I-T sleuths also searched the properties of two of his alleged associates – Lalit Kapoor and Gurjeet Kochhar – in Delhi and are expected to question them about certain transactions.

The searches were conducted by the Delhi-based Criminal Investigation Unit of the department. According to sources, the searches were related to the alleged faulty pricing of huge liquor consignments in the state and other places.

They said that the department conducted the operation after gathering intelligence and other inputs about Chadha and his businesses in the last four months.

Chadha, who runs one of the largest liquor businesses in the state with numerous dealerships, also has business interests in the cinema and multiplex sectors.