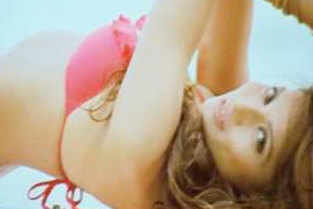 Story: In 1915 Romania sent its pure gold collection worth a zillion crores to Russia for safe deposit. Russia of course chose to never give it back. But now good bilateral terms between the two countries means Russia is sending all that gold back to Romania. How? Just the way it came — by train. That simple? Not really especially when there are some well trained players out there whose mission is to get that gold….

Movie Review: From its very original version in 1969, with its classic cast of Michael Caine, Noel Coward and Benny Hill to the much later 2003 version with Donald Sutherland, Mark Wahlberg, Charlize Theron and other stalwarts, the Italian Job has been entertaining its viewers as amongst Hollywood’s most fascinating thriller films which involve a simple plot of stealing gold worth $35 million from the canals of Venice to LA. The transfer is supposed to take place over a high Alpine pass that hasn’t been disturbed since the time of Hannibal and the fact that it all gets messed up due to human error and modern technology only makes humans to turn out more puny than they seem. Natural laws are after all always supreme, never to be challenged. But ah! for human greed… Can you expect something like this from our desi Players, a supposedly Indian vision of the Italian Job?

Charlie ( Abhishek Bachchan) is the catalyst behind the mission to steal gold worth crores for himself and his role model Victor Dada ( Vinod Khanna). Naturally then, Dada, the bad man in jail repenting for his earlier sins, helps Charlie form a team of the world’s best players. Once the team is in place, the deadline is 10 odd minutes to steal the gold from a moving train. This leads to a series of events where traitors and loyals are revealed creating mayhem in the hurriedly patched up team. While Bilal ( Sikander Kher) as the explosive expert and Rony ( Bobby Deol) as the illusionist make a brief cameo, it is Johnny Lever as the auto expert and Sunny ( Omi Vaidya) as the makeup expert who do manage to tickle the funny bone with their usual antics. On the other hand, Abhishek once again reprises the character of Dhoom he seems to have perfected while Bipasha goes glam as in Race. She doesn’t mind bad company as long as it takes her to the pinnacle of material success. Sonam Kapoor (Naina) joins the team in the second half (though she is there in bits and piece in the first half). She wants to meet Neil since he is the one who killed her dad. That’s where she puts her hacking knowledge and her body/looks to use since she is the only one Neil has not met before. But eventually, it is Neil Nitin Mukesh (Spider), the ultimate no-strings-attached man, wild gambler at heart with a twist in the soul and tango in the feet, who slam dances his way away as the ultimate crook. Music by Pritam is good while it lasts. Some editing sorely needed, visual imagery quite polished, and the look as usual is of new age Bollywood.’

But would you go out for a DVD of Players and put it in that cherished section of your home video corner saying: Hundred movies to see before you die! All you brave Indian filmmakers, do pick up classics, but first, get a bit classic yourself and learn about cult film making which is so much different from commercial cinema. You’ll find the difference. Your Bollywood ventures end up like cold cuts – stylishly done – are so different from piping hot goulash.’