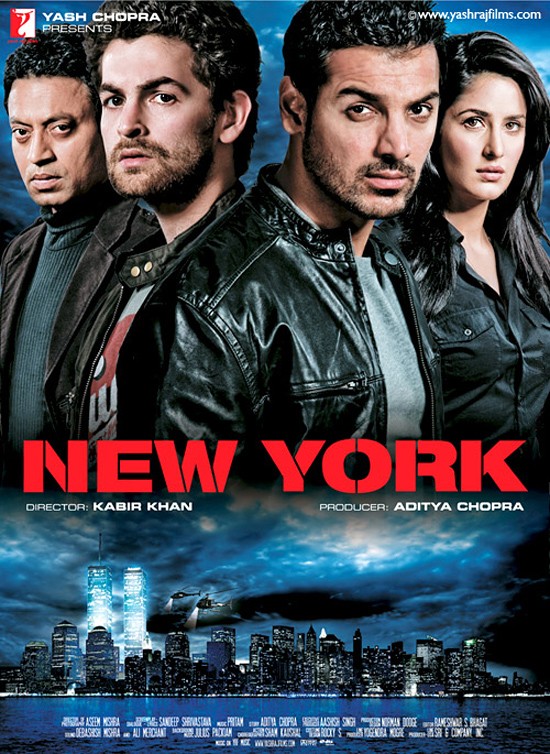 Omar (Neil Nitin Mukesh) is detained for possessing arms and the investigating FBI officer Roshan (Irrfan Khan) wants him to prove his innocence by spying on his college friend Sam (John Abraham). Omar agrees to it believing in his friend’s innocence only to be proved wrong. Omar had a crush on Maya (Katrina Kaif) during his college days but she is now married to Sam and they have a little kid. Omar wants to save Sam because of his friendship but will he be able to is what the rest of the movie is about.

The torture scenes are pretty graphic. Irrfan Khan’s response when Omar breaks his transmitter and his dialogue about putting a Jihad poster are the only scenes worth mentioning. The plot and the screenplay are full of gaping holes. Roshan tells Omar that the FBI would break any law and that they can detain anyone indefinitely but seem to be doing nothing with respect to Sam and his group even though they have all the evidence. Maya is a human rights activist who knows that her husband is a terrorist but chooses not to confront him hoping that he will just turn good one day.

Sam is an American but can speak Hindi because his father, a professor, is an expert on Indian culture. Katrina speaks in a British accent while playing an American. Omar comes to US in September on a scholarship but he is supposed to be one semester late. So what are they studying? The FBI headquarters is in Washington D.C but is shown to be in New York. The makers obviously wanted to set the story in New York and why let a few facts come in the way.

When someone makes a movie on such a sensitive subject like 9/11 and its aftermath the movie has to be realistic. One just cannot make a fantasy thriller and place it in such a serious context. And why this obsession with setting the movie in a foreign location? The movie just as well could have been placed in any Indian city and could have dealt with the serious issue of how an innocent Muslim is tortured or looked at with suspicion. But then it would have needed guts which the makers apparently don’t have. So they choose a soft target – the FBI and the Americans.

John Abraham is good in some of the torture scenes but in the rest of the movie he has the same dumb expression in every scene. Neil acts well in a few of the initial scenes only to deceive as his performance turns mediocre later. Katrina Kaif looks ridiculous when she is trying to be cool and just proves that she can’t act in the emotional scenes. Irrfan Khan, the only good actor in the movie sleep walks through his role and this is probably his weakest performance to date and yet looks better than the rest of the actors. His role just reminds us of his role in Slumdog Millionaire. The American actors in the movie give amateurish performances and look like they never faced a camera before. The performances are so horrible that one never feels for the characters.

The cinematography is good and the songs are ok. The background music seems out of place in important scenes. The dialogues are ridiculous and Kabir Khan’s direction is horrible. The WTC scene is just cringe worthy with Katrina crying on John’s shoulders and all the Americans crying. The ending is horrible and Roshan’s justifications and sermons come across as insincere. The problem with the movie is that it tries to be all – a serious issue based movie, a thriller, a romantic movie and in the end it is nothing but a bad masala movie.