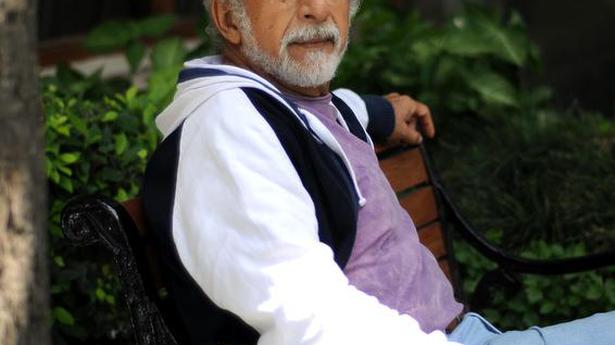 The veteran actor writes about Irrfan Khan’s quiet, unforgettable magnetism, hunger for acting and the magic in his performances

“Oh, He’s gone? Without saying goodbye, How could he? He might have waited”. Waiting for Godot

Irrfan (as he insisted on spelling it), went away in the same unobtrusive and dignified manner as he had lived. Much before Maqbool was a germ of an idea in Vishal Bhardwaj’s head, one day on returning home I saw Ratna sitting in my drawing room with a very slight, very mild looking person who was rehearsing with her for a TV film they were to act in together. If not for those eyes I might have taken no notice of the man, never having seen him perform but something in his quiet assurance as he rose to greet me that day stayed with me—mildly respectful, not at all ingratiating, with a handshake that had a gentle firmness, all stemming from an unshakeable confidence in himself and a deep interest in others, the quality that was to define him for me always.

It would be a while before Irrfan with his sharply etched, thoughtful, deeply felt performances would break like a gentle wave sweeping everything before it onto the entire country’s consciousness and upon the world as a startlingly sensitive performer. His early stint which saw him making do with walk—on parts in movies or more prominent ones in forgotten TV serials—a path that didn’t seem to be leading anywhere—was for him, I believe, an apprenticeship to hone the craft on display in the work he was to subsequently astonish us all with. It was as if nature recognised what he was capable of and was preparing him to do justice to it. But nature is also strangely perverse, it makes you step on the teeth of a rake, then has the handle pop up and hit you on the head. 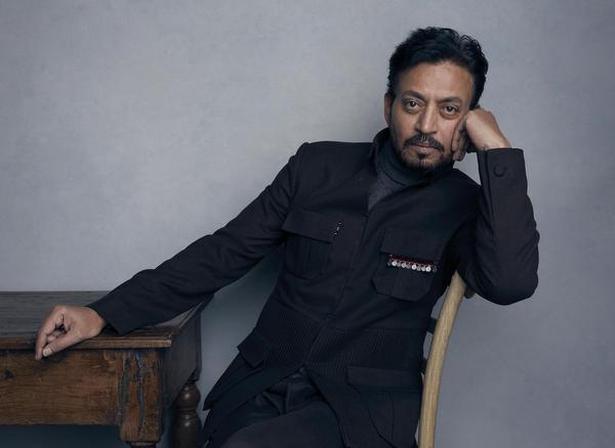 Until the film Haasil he was hardly noticed, but undeterred and with rock solid determination instead of the usual wounded ego he persevered with whatever came his way, learning as he went along what worked for him and what didn’t. This lean period paid off in spades later, and thanks to the acute perception he was blessed with, he was merrily on the way to becoming a living illustration of the adage, ‘opportunity comes to those who persevere’. Aware that the readiness is all, Irrfan knew that the big question was not whether his chance would come but whether he would be ready for it when it came. Consciously, I think, he prepared himself to grab it and wring it dry when it came, letting neither the rejections and disappointments of the extended struggle he endured nor his elation at finally getting what he deserved, come in the way of his desire to get his performances across in the subtlest yet most emphatic and empathetic way.

I never detected an iota of self doubt in the man, either as an actor or as a person and his willingness to repose trust in people, not to mention the intelligence that shone through in every thing he did, coupled with an almost feral magnetism gave his persona a tenderness, a quiet menace and a unique enigma that was the envy of many less hard-working actors who attribute success to God’s benevolence or inborn talent or good luck, none of which in my opinion made Irrfan what he was.

The laid-back comfort in front of the camera for which he is acclaimed certainly didn’t come easily. Not only were there years of thought and practice behind it, but also an uncanny understanding of what communicates in performance, and how and to what degree. I feel absolutely no embarrassment, in confessing that I greatly envied his acting chops. And after witnessing something he had done often wished I could turn back the clock, and go over some of my old performances with the benefit of the hindsight and the understanding of acting that was his gift to all us lesser actors. Watching him, I could not hold back an untrammeled admiration, that at his age he seemed to have fully grasped the technique of acting, yet stayed hungry to learn more. This admiration of course, would turn to wonder at the way he kept his work process so totally invisible, that it was impossible to understand exactly how he did, what he did.

For those of us approaching our own sunsets, another life lesson awaited us in the manner he handled his illness. Almost reveling in the thought that he was actually able to observe the grim reaper’s approach (“How many of us get this chance?” he’d say) surveying the onset of the inevitable with the same incisive observation he channeled into his work I don’t think he ever once wondered “WHY??” Despite being determined to fight it out and win, his body clock had other plans however.

It was exhilarating just to ponder what magic he’d come up with next but we who’d anticipated the dizzying levels he could hit in a decade’s time were due for heartbreak. We’ll just have to content ourselves with the thought that for a while we breathed the same air as he did.