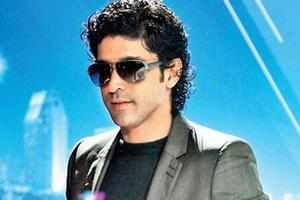 Rakeysh Omprakash Mehra’s most ambitious project “Bhaag Milkha Bhaag”, starring Farhan Akhtar, is set to go floors this month and athlete Milkha Singh, who is the inspiration behind the film, would be actively involved in recreating the key incidents of his life on screen.

The Olympian sprinter will be present on the location when those scenes will be shot.

“Milkha Singh wants Rakeysh Mehra’s film to portray him as realistically as possible. He has told the team he will make himself available throughout the making of the film,” said a source close to the project.

And that’s not all. Milkha will also participate in a series of events being organised up till the release of the film. He is likely to be in Mumbai for a huge promotional event, where Farhan and Milkha will make a public appearance together.

“The idea is to let the real and reel Milkha get to know each other really well. Sure, they’ve met. But so far their interaction was limited. They now need to know one another closely,” said the source.

“Milkha is expected to spend large part of this year away from Punjab in Mumbai with Farhan, director Rakeysh Mehra and the ‘Bhaag Milkha Bhaag’ team,” the source added.