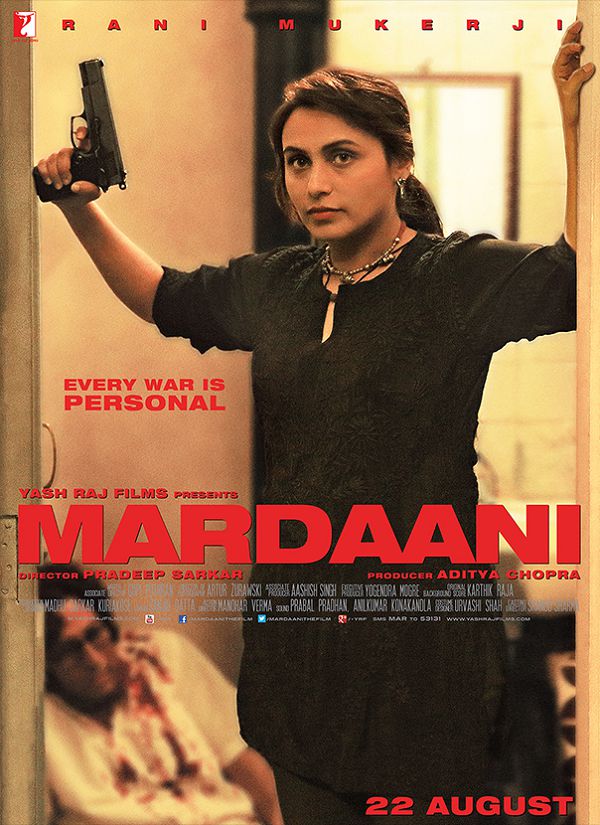 Shivani Shivaji Roy is an astute cop working in a Mumbai Crime Branch unit. Deft at picking up hidden clues and fearless in confronting hardened criminals, Shivani stumbles into the world of debauchery, cruel desires and exploitation and onto a case that will change her life forever.

A teenage girl is kidnapped by the child trafficking mafia and smuggled outside the city. Shivani embarks on an obsessive hunt for the girl and what follows is a cat and mouse game between a fearless cop and a ruthless mafia kingpin.

Starring Rani Mukerji in the lead, playing the role of a cop for the first time, this raw and gritty film will be a distinct departure from Pradeep Sarkar’s style of filmmaking.

Directed by Pradeep Sarkar and produced by Aditya Chopra, the film will release worldwide on 22nd August 2014.