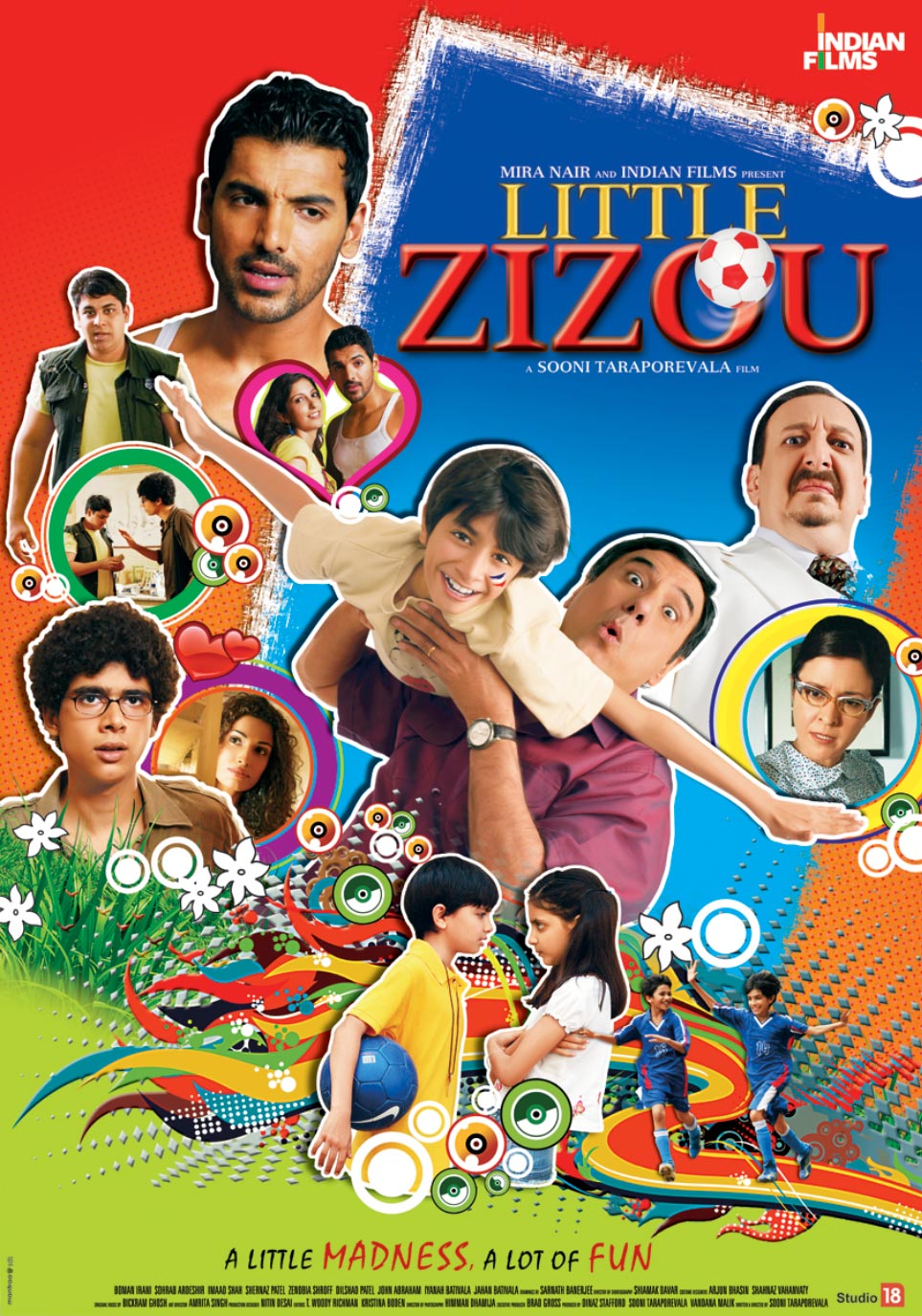 Xerxes (Jahan Battivala), nicknamed ‘Little Zizou’, is an eleven year old soccer fan who wants his idol, Zinedine Zidane (Zizou) to visit Mumbai. His elder brother Ataxerxes, is an artist who is working on building a flight simulator. Their father Khodaiji(Sohrab Ardeshir) is a self-proclaimed messiah of the faith who is at odds with Pressvala (Boman Irani), a free thinking newspaper publisher who hates Khodaiji as he is a fraud. Xerxes, a motherless boy spends most of his time at the Pressvala home and is adored by the maternal Roxanne Pressvala (Zenobia Shroff) much to the indignation of their little daughter Liana (Iyanah Battivala). The story revolves around these characters.

Jahan Battivala is brilliant as Little Zizou. Watch out for his expressions in the scenes where he doesn’t have any dialogues. He evokes sympathy but is naughty at the same time too. Iyanah Battivala is brilliant as the nosy little girl who is jealous of Little Zizou. Boman Irani is very good as the fun loving good guy. Watch out for his dance scene. Zenobia Shroff is brilliant as Roxanne Pressvala in every scene of hers, whether she is being a mother, wife or a daughter. I hope she gets more opportunities after this. Imaad Shah as Art, the unrequited lover is good too. Sohrab Ardeshir is very good as Khodaiji. The rest of the cast is also good and there is also John Abraham in a special appearance but he doesn’t have much to do.

The movie is very sweet and is very entertaining in the first half. But after the first half the movie gets kind of boring and drags on a bit and you can’t help but think what the director is trying to tell here. The movie is very simplistic in its solutions in the end. The way in which Ataxerxes’s dreams come true is not at all realistic and looks like a fantasy.

The direction by Sooni Taraporevala is good but it is a bit amateurish at the end. The Parsi life is very well captured and the performances are very natural. Sooni Taraporevala who has written screenplays for Salaam Bombay, Mississippi Masala and The Namesake should have had a better written second half and ending. All in all, it’s a sweet movie which needs to be viewed atleast for the honest performances.