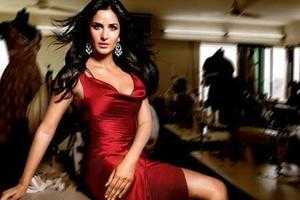 Even as Katrina Kaif is supposedly getting ready to shoot with Rajinikanth in “Kochadaiyaan”, it looks like the ” Chikni Chameli” actress may also land a role opposite Kamal Haasan. The latest buzz is that Katrina is being roped in for Aascar Ravichandran’s magnum opus. His forthcoming venture with Kamal Haasan is said to be a film with the highest-budget ever in Kollywood and will reportedly be made on a large scale in Tamil, Telugu and Malayalam simultaneously. So will Katrina choose both projects or pick one over the other is the big question.

A source reveals, “After finishing work on his dream project “Viswaroopam”, Kamal is all set to do a film for Ravichandran titled “Thalaivan Irukkindran”. While Kamal, Prabhas and Mohanlal will star in the Tamil, Telugu and Malayalam versions respectively, Hollywood superstar Jackie Chan will also be seen in an important role in this flick. Talks are on with a big Bollywood actress, supposedly Katrina, and if things work out, the film may be made in Hindi simultaneously as well.”

The source further adds, “The makers are keen on getting director Shankar to direct this magnum opus. It looks like talks are on with AR Rahman as well to score the music for this larger-than-life movie.”

Shankar has directed Kamal earlier in his “Indian”, which set the BO on fire. The two were supposed to work again in ” Endhiran”, but due to unavoidable reasons, the combination didn’t work out. Shankar finally made the film with Rajini and the rest is history. But now, looks like the hit combo of Shankar-Kamal-ARR is all set to rock the screen again! And if Katrina joins this team, we are sure to see some fireworks on screen.