Karan Johar has no film for Priyanka 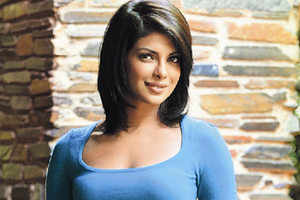 Priyanka Chopra has ben hinting that she is in talks with another film with Karan Johar. And KJo who is friends with Gauri Khan isn’t taking this too kindly.

PC is banned from that clique and he is quite clear that she won’t be doing another Dharma film. Says a source from Dharma, “Priyanka has been telling people that she’s signed another film produced by Karan’s banner and that has upset the mild-tempered filmmaker. Karan has told his close friends categorically that she is not part of any of his next home productions and not likely to be for the next couple of years at least!”

The source close to Dharma stresses, “This year Karan has many films lined up none of them feature PC. There’s Punit Malhotra’s next with Shahid Kapoor, Ayaan Mukerji’s film with Deepika Padukone and Ranbir Kapoor, Rensil D Silva’s film with Emraan Hashmi, Tarun Mansukhani’s Dostana2 and the film that Ekta Kapoor and Karan are jointly producing which will feature Kareena Kapoor or Kat. Priyanka is not even in the running for any film.”

The source adds that Agneepath director Karan Malhotra’s next film will also be produced by Johar but it’s too soon to talk about it as even the script is not complete. So what film is PC talking about here?