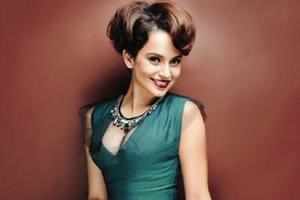 Ekta Kapoor was considering her blue-eyed girl Vidya Balan for their next big project ‘Shootout at Wadala’. But after much delay and deliberation she is finally replaced by Kangana Ranaut in the film.

The underworld film to be directed by Sanjay Gupta has John Abraham, Anil Kapoor and Tusshar Kapoor in lead roles. “For quite some time, Vidya Balan was being considered for the female lead, to be paired opposite John Abraham. John plays the character of the notorious gangster Manya Surve and Vidya was to play his girlfriend”, says a source closely associated with Balaji Films.

However it seems like Ekta Kapoor herself was responsible for making Vidya so big with the success of The Dirty Picture that the actress wasn’t sure whether she would want to do this role in the male-centric underworld drama. “So she opted out of the project but on a very amicable note and there is absolutely no bad-blood”, adds the source. So the makers replaced Vidya by their other favourite – Kangana Ranaut who worked with Balaji in Once Upon a Time in Mumbaai.

Apparently Kangana Ranaut’s role is based on a real-life character and much against the glamourous roles we have seen her in the past, she has a performance-oriented part in this shootout saga. “The fresh pairing of John and Kangana should add to the merit”, adds the source.