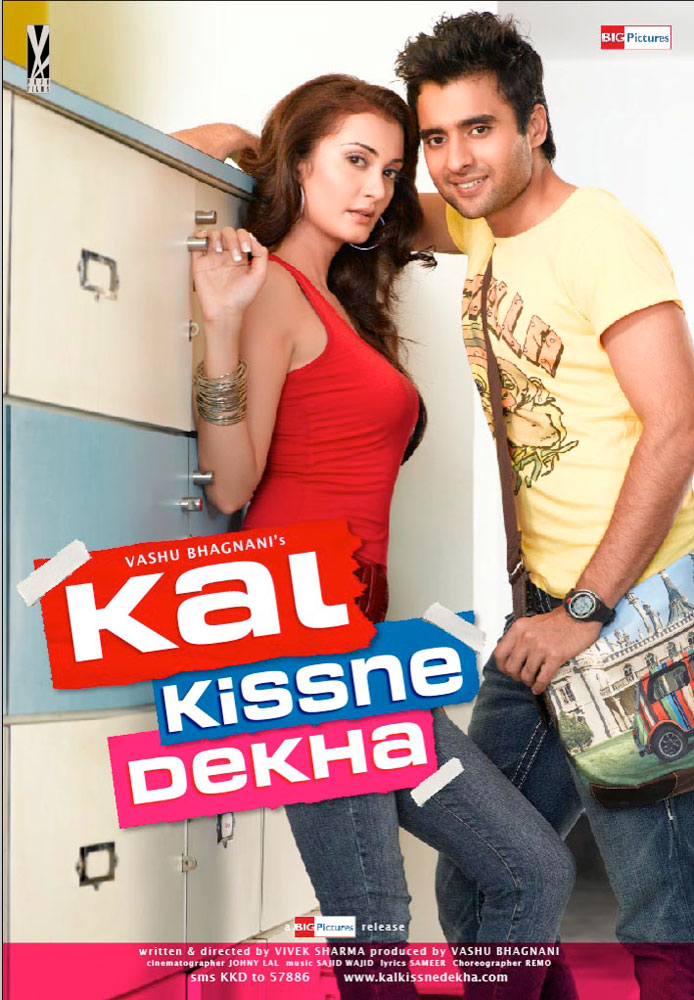 Kal Kissne Dekha is story of Nihal (Jackky Bhagnani) who can see the future. He comes to Mumbai to study and falls in love with Meesha (Vaishali Desai), a rich brat and is able to save her from a bomb blast because of his power. As a result, he becomes famous and a lot of people are after him to use his power. He becomes a favorite student of Professor Verma (Rishi Kapoor) and helps him in his research but is he being used by some and will he be able to stop their nefarious designs is what the rest of the movie is about.

Kal Kissne Dekha is a horrible movie filled with ridiculous scenes which are unintentionally funny. The movie is almost 20 years late with the college scenes which look like they are from some 90s movies like Dil, Phool Aur Kaante, Jaan Tere Naam, JJWS and KKHH. Nihal can see the future when it is helpful but cannot at other times. It is a screenplay of convenience.

Jackky Bhagnani resembles Uday Chopra a bit and his acting is no better than Uday. He is unintentionally funny in the emotional scenes and his fights and dances are nothing great either. Vaishali Desai doesn’t look like a lead actress and her acting is just horrible. Ritesh Deshmukh is somewhat funny and is the only actor in the movie who does a decent job. Almost every one else overacts. Archana Puran Singh is irritating and Rishi Kapoor is horrible in a stupid role of a mad scientist.

The cinematography is ok and a couple of songs are ok. The dialogues are ridiculous. Vivek Sharma’s direction is horrible and the movie has so many inane scenes. The movie is supposed to be a launch vehicle for Jackky Bhagnani and just goes on to show him doing fights, dances and some acting. The movie is just an audition tape of Jackky, the son of the producer Vashu Bhagnani.