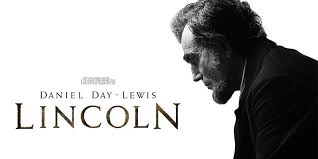 When Lincoln was first announced, I thought that it had all the makings of a terrific piece of cinema – the legendary director Steven Spielberg, the fantastic Daniel Day-Lewis, and a basis on one of America’s most loved Presidents. The final product, however, is something of a mixed bag, one that is hard to describe in a few words.

The story of the film revolves around Abraham Lincoln, America’s 16th President, and his tumultuous, tough and seemingly impossible journey towards emancipation of the blacks in the country, ending with his stunning victory with the ratification of the Thirteenth Amendment. Spielberg is an extremely capable director, and no stranger to difficult, artistic cinema (one of Hollywood’s best films ever, Schindler’s List, is a Spielberg film), while Day-Lewis is often (respectfully) teased about his zealous commitment to his roles. But one very important factor spoils what could have been a truly wondrous experience.

First, the positives. The acting is top-notch. Day-Lewis nails the character of Lincoln, exuding charisma while stunningly displaying the burdens, insecurities and difficulties that plagued this revolutionary man. Sally Fields does an excellent job as his wife, Mary Todd Lincoln, a disturbed, frightened woman who is torn between her husband and what she perceives as his destructive obsession. Tommy Lee Jones does well, though he is a bit excessively grumpy (maybe they were so in real life, but I don’t know…) The rest of the supporting cast excel even in their more limited roles, and its clear that Spielberg has taken great care with the cast, down to the last detail. The production design and cinematography are excellent, and transport us effectively into a different era.

Alas, not all is well with Lincoln. Its worst enemy is its pacing, which is so slow that it often becomes difficult to continue watching the film. Everything seems to be slowed down – the dialogue delivery, the speech sequences, the unhurried trot of the horses; even the scenes showing joy are made dreary by the heavy atmosphere (which is insipidly depicted by surprisingly bad weather throughout most of the film). Intensity does re-appear towards the later parts of the film, when the Amendment’s fate begins to see-saw and some thrill begins to creep in, but its too little and too late to really uplift this film.

Don’t get me wrong. Lincoln should be watched. You’ll just need a lot of patience – and I mean a lot. Its a piece of cinema that aims for the moon and doesn’t quite end up reaching the stars.