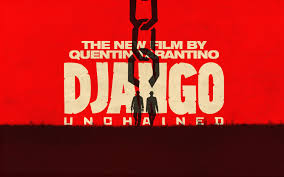 Quentin Tarantino is one of Hollywood’s most prolific directors, and a highly well-known name in the movie business due to his sub-genre of film-making. So its a bit disappointing to watch Django Unchained, a very good film but easily Tarantino’s weakest work till date.

The story of the film, revolving around a black slave Django in the pre-Civil War era of America and his freeing by a German bounty hunter, which subsequently results in a business partnership and a  journey to find and free Django’s wife from the clutches of a brutal plantation owner, is the sort of violently quirky fare that Tarantino has mastered and made so successful. Alas, the film itself has a number of weaknesses that rob it of its pleasures. For those of you who want a comparison between Django Unchained and Tarantino’s previous direction Inglorious Basterds, it is obvious that the latter far exceeds the former in almost every respect.

For one, the pacing is problematic, and there are times when the film tends to drag a bit. Christoph Waltz’s performance is enormously irritating, and his way of speaking got on my nerves almost all the time; clearly one of the most over-rated performances of the year, and nowhere close to his fabulous performance in Inglorious Basterds. Jamie Foxx as Django seems dull and uninterested, and he fails to bring depth to his character. This, however, can also be blamed on Tarantino’s screenplay, which simply doesn’t allow Django with much scope for character development (I sometimes think that Waltz had a more significant role than Foxx).

This doesn’t mean that Django Unchained is all trash. Tarantino’s direction is smooth enough, though his use of title cards is disconcerting and spoil the overall effect. Leonardo DiCaprio is brilliantly charismatic, funny and ruthless; then again, one expects an actor of his caliber to deliver, and he’s certainly a better performer than Waltz. Kerry Washington doesn’t have much to do, but is decent. The dialogues are hilarious at places, and awkward at others. The cinematography is good but not noteworthy. The themes and their visual representation are excellent, and give a vivid picture of racist America.

All in all, Django Unchained should be watched. But you will end the experience knowing that this could have been so much better.