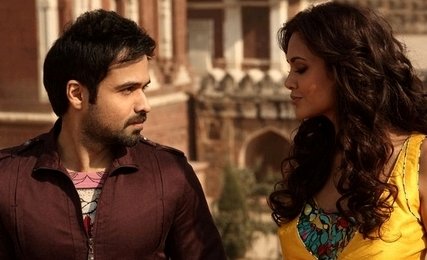 Jannat 2 is no sequel to the 2008 film about a petty gambler seduced into a career of high-stakes match-fixing. But the protagonist of this new film, played once again by Emraan Hashmi, faces a moral dilemma similar to the one the hero of the previous film did.

Hashmi stars as Sonu Dilli, a local gun-seller in the Capital, who is bullied by a tough cop to become a police informer. That cop is Inspector Pratap, played by Randeep Hooda, who’s obsessed with taking down the arms mafia because – wait for this – his innocent wife was killed by someone wielding an illegal gun. Sonu falls for a kind doctor, played by newcomer Esha Gupta, who accepts his marriage proposal without so much as a background check, when he comes up with the cash she needs to save her hospital.

Amidst informers and double-crossings and deals gone sour, the makers of this film lay the groundwork for a promising underworld thriller, but fail – particularly in its second half – to deliver any edge-of-the-seat moments. Post intermission the film falls into a predictable rut, and you spot both plot twists from a mile away.

Still, Jannat 2 isn’t all bad; in fact there are portions that are eminently watchable. Hashmi and Hooda play off nicely against each other, and their scenes together are particularly strong, occasionally laced with humor. The film also has at least two thrilling foot chase scenes, including one in the first half between two sets of cops and criminals that’s almost comical. The second chase, filmed in the crowded lanes of a dargah has an urgent breathless feel to it.

If the film suffers, it’s because the material’s too slim. There just isn’t very much here apart from the obvious shades of The Departed, and some over-familiar scenarios of inter-gang rivalry. The film fully exploits its ‘Adult’ certification, peppering every scene with colorful Hindi cusswords, but after a while the graphic expletives seem excessive.

Of the cast, newcomer Esha Gupta shows more cleavage than acting potential, while Emraan Hashmi slips convincingly into the part of a conflicted lowlife. It’s Randeep Hooda who leaves a lasting impression as the firebrand cop, and even manages to survive such embarrassing scenes as the ones in which his hurting character repeatedly dials his dead wife’s answering machine to hear her voice.

I’m going with two-and-a-half out of five for director Kunal Deshmukh’s Jannat 2. It could’ve been better, but it’s not a terrible way to spend an evening out.