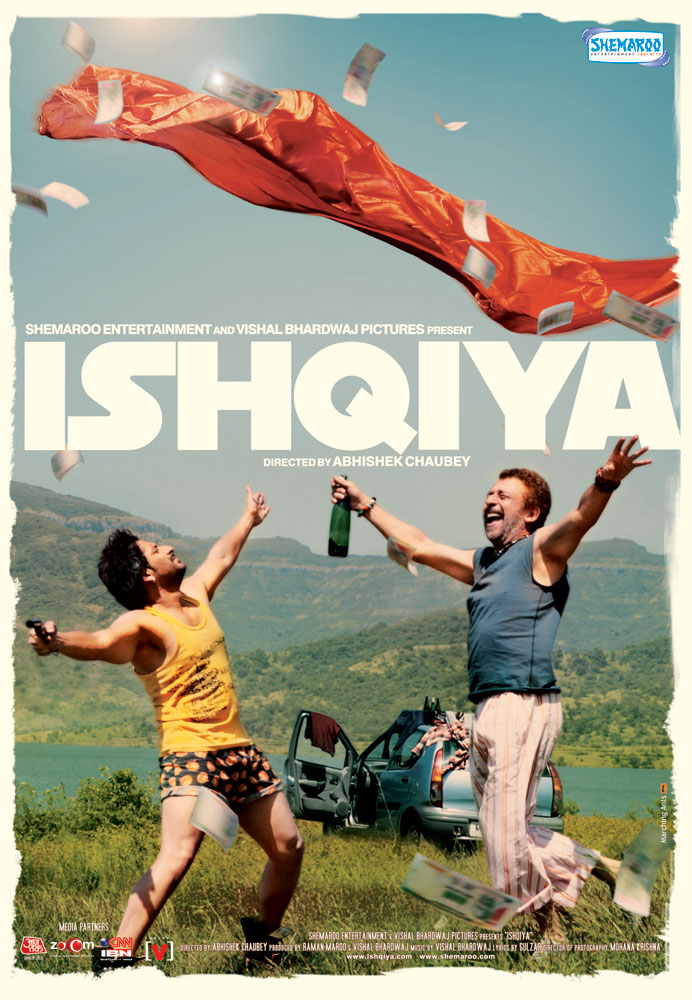 Two thieves, Khalujan (Naseeruddin Shah) and Babban (Arshad Warsi), are on the run from their boss, Mushtaq (Salman Shahid). They seek refuge with an old friend, and instead meet his widow, Krishna (Vidya Balan). As they plan their escape, their time spent together draws the duo to her, Khalu with his tinted vision of old-fashioned love, and Babban with his lustful eye. The threat of imminent death forces them on a path of violence and betrayal.

Some scenes stand out like the one where Babban tells Mushtaq a joke or the scene where Babban decides to travel despite an upset stomach or Khalujaan’s heartbreak and the resulting fight. The final scene of Mushtaq and the Kaminey kind of ending is a bit disappointing.

Screenplay by Vishal Bhardwaj, Sabrina Dhawan, Abhishek Chaubey is good except for some twists which seem kind of forced. Dialogues by Vishal Bhardwaj are excellent though the cuss words seem unnecessary and do not add anything to the movie. Cinematography by Mohana Krishna is good. Music by Vishal Bhardwaj and lyrics by Gulzar are excellent. ‘Ibn-e-Batuta’ and ‘Dil To Bachcha hai’ are the best and ‘Dil To Bachcha hai’ has been beautifully picturized. Background music makes good use of old Hindi songs and the song ‘Dil Mein Baji Guitar’. There are some scenes where the background music reminds one of Ennio Morricone’s score.

Naseer is excellent as Khalujan and Arshad Warsi is good as Babban specially in scenes which show his vulnerability. Vidya Balan gives another excellent performance as Krishna. Salman Shahid is ok but a better actor would have excelled in this role. The rest of the cast is decent.

Abhishek Chaubhey’s direction is good but the movie’s look does resemble Omkara’s and also has a Sergio Leone feel to it. The subtle things showing Khalujan falling for Krishna is done really well. The movie is good but one does get a feeling that the movie could have been excellent. Ishqiya is definitely worth a watch.