I, Me Aur Main Movie Review by Rajeev Masand 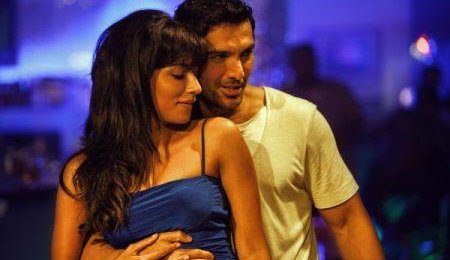 There’s an interesting premise at the heart of debutant director Kapil Sharma’s I, Me Aur Main, which tells the coming of age story of a 35-year-old. But despite giving us a believable protagonist, Sharma and writer Devika Bhagat fast run out of interesting ideas to keep us hooked.

Encouraged from childhood to believe that he’s special, Ishaan, played by John Abraham, is a self-centred man-child with commitment issues. He lives with his girlfriend Anushka (Chitrangada Singh) in her apartment, but never offers to share either the workload, or household expenses. Three years into the relationship, tired of being taken for granted, Anushka throws Ishaan out of her home and her life when she realizes it’s unlikely he’ll ever change.

Unfazed by the break-up, Ishaan moves into a modest apartment, and soon makes a friend in his feisty neighbor Gauri (Prachi Desai). Inevitably, the pair falls in love. Around this time, however, he loses his job at a music company, and receives some life-changing news.

The filmmakers keep the tone light and frothy, but what starts out as a promising scenario quickly nosedives into an abyss of clichés. Amidst a sea of tired female stereotypes, the film offers at least two flesh and blood characters in Ishaan’s indulgent mom (Zarina Wahab), and his affectionate but practical-minded sister (Mini Mathur). The track that doesn’t work, meanwhile, involves Ishaan’s job woes and his rivalry with a ball-breaker boss (Raima Sen).

The film’s key problem is its inconsistent screenplay, that comes off as contrived in places, yet hits some right notes, like that link it makes between his mother’s pampering and Ishaan’s sense of entitlement.

Both leading ladies offer earnest performances, but while Chitrangada Singh risks repetition playing the independent, in-control woman once again, Prachi Desai goes a little overboard with the perkiness. John Abraham, charming in all the right places, struggles to stretch himself in the film’s emotional bits, but deserves points for trying.

The film, ultimately, rushes towards its hasty, unpredictable resolution that feels unconventional merely for the sake of it. I’m going with two out of five for I, Me Aur Main. At less than two hours, it’s hardly a slog. But you can’t help feeling like real potential was squandered.